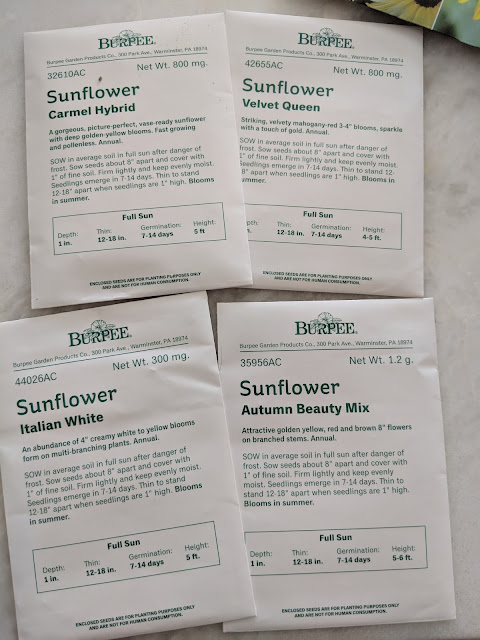 Like most every year in the past, I received a nice set of Sunflower seeds for my birthday.  This year, I received five different varieties including:  Carmel Hybrid, Velvet Queen, Italian White, Autumn Beauty Mix and Evening Sun (below).  I put these down in a the rear, south fence line amongst some natural areas.

I've posted a few times over the years.  The first time was in 2011 when I had our initial growth in our backyard by our playground.  By 2013, I moved the location and planted them in the front of our old fence.  And had some good growth.  In 2014, I went, again, with a wide variety.  And in 2016, I received some seeds, but since we had already moved out, I don't remember if I ever planted these at Equation Boy/Man's house in Elmhurst. 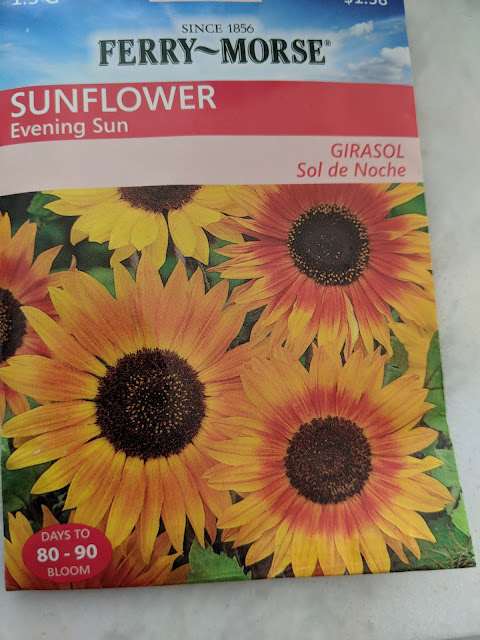 I soaked these seeds for about 4 hours before planting them, so I'm hoping that they'll germinate quickly and we'll get some decent growth, knowing they take about three months (Mid/late August) for blooms to appear.
#newoldbackyard #OnGrandGardens backyard flowers garden diary gardening seed packets seeds seeds sown sunflowers