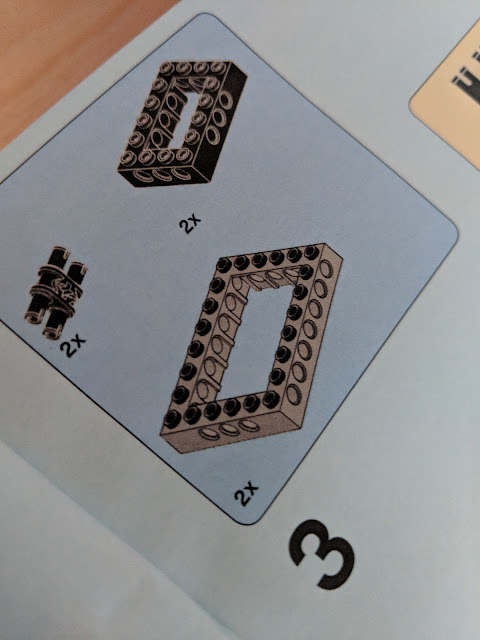 Just posting this here to mark the beginning of our Lego Disney Cinderella Castle build for the Summer.  Or what is officially called "Disney Castle Playset - By Lego".  This is page three and, while we actually got to this spot about a week ago, I'm just getting around to posting now.  So, once we complete it, let's add seven days to the tracking.

Also, Step 3 is where we already ran into trouble.  Why?  Because why wouldn't a seven year old who has this Castle set in her bedroom for seven months open up bag one and tinker around.  The only problem?  When we sat down to do it together, we had to scavenge together parts from bag one that were littered across the various bins.  In some cases, we swapped in wrong color bricks.  Or two smaller bricks to make up the composite of a larger, spec'd one.  We're getting it done and I figure since most of this is the substructure/undercarriage, the colors don't matter so much because they'll be buried underneath face bricks.

And since we don't have a WDW trip in the near term, this is the closest we're going to get to some Disney fun for the Summer.