Vintage Disneyland Tray - One That Got Away 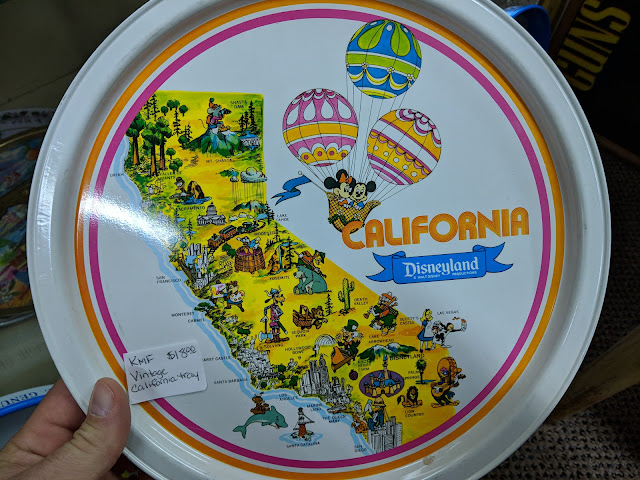 Up in Wisconsin, I came across this totally adorable1 Disneyland "California" tray.  It is about one foot in diameter and super thin with a shallow lip.  Not the kind of lip you normally see on the beer trays like this Schlitzerland one.

You can see the price tag on this one:  $18.  And I thought about this thing for a bit, but then I leaned hard on my collecting mantra.  I said it out loud to myself:


"It is enough to enjoy the existence of things without possessing all of them."

And after snapping this photo, I put it back for some other collector to pick it up, love it and (hopefully) use it.

You can click here to see the same photo on Google Photos where you can really zoom in to see all the details.  Go ahead...go over there.

Ah, you're back.  Still have that Google Photos tab open?  Great.

You'll notice a bunch of characters that are familiar.  Goofy.  Chip (no Dale).  Donald (Are there two Donalds?  One in Sacramento and one in San Diego?  Also, is the duck crushing grapes near Modesto one of the nephews?  A little young for wine making, no?)  Scrooge McDuck playing the bagpipes.  I think that's Balloo sitting outside of Yosmite.  Even Mickey and Minnie up in the balloon.  Alice in Las Vegas2.  They also point out their competitor Knott's Berry Farm.  Weird, right?

But, then there are a bunch that are foreign to me.

Who's this mouse sitting on Mt. Shasta? 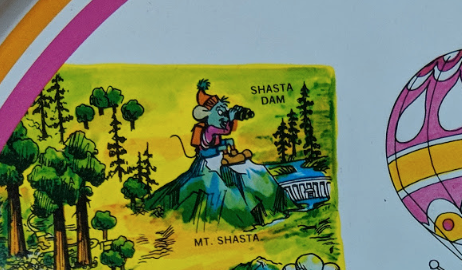 Or this bear in Sequoia Park? 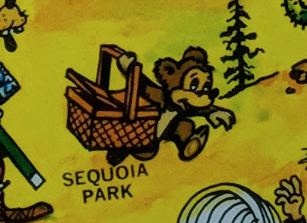 Or this bear who is riding a dolphin out by Catalina Island??  Duffy before Duffy?  I mean..he *is* wearing a sailor cap, right? 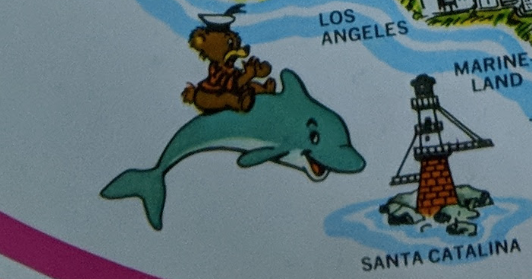 Is this Br'er Fox?

Who is this Lion?  Kinda reminds me of the Lion (king) from Robin Hood, but it isn't him. 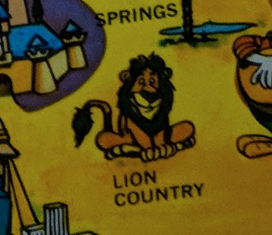 And who is this?  He's clearly supposed to be one of the Three Caballeros.  But he's not the ones that I know?  Is he? He's not Donald.  The other two are:  José Carioca who is green feathered.  And Panchito Pistoles who is read feathered. 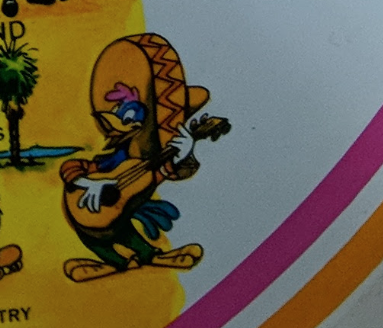 And there's this one other interesting, Disney-related Easter Egg on the tray.  The Queen Mary.  Ever hear of "Port Disney"?  Buckle up, folks.

1 I mean...it *is* adorable, right?
2 Interesting to see Disney annex Las Vegas into California, right?  Feels like modern Las Vegas is a place that Disney wouldn't want to be associated with in any way?
antique mall disney Disneyana Disneyland my collecting treasures mantra one that got away vintage vintage disney vintage finds