A Visit to Louis Lunch in New Haven 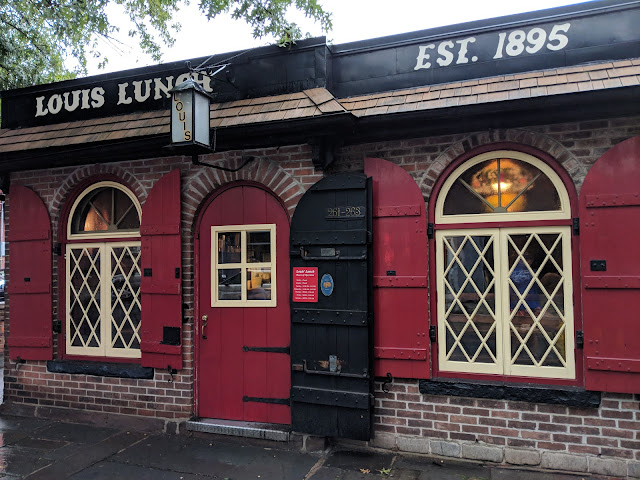 I found myself in New Haven Connecticut recently and had a little bit of time to take in some of the local flavors.  That meant two stops for specific foods.  The first of which is Louis Lunch - which the Library of Congress states is the place of the first hamburger in America.  The other is another New Haven spot, but I'll post about that on a different day.

I've seen this place on the Food Network and you probably have come across it too, if you watch food-related television.  This is the place with the upright, cast iron broilers.  Here's a clip from Man vs. Food that shows off all the details.

Alright...now that you're acquainted with the place, I'll tell you the story of our visit.

We were staying at a hotel on the edge of the Yale campus and it was raining so we hopped in an Uber and pulled up to the front of this place about 1:30 pm.  After the lunch crowd.  I think both the rain and the time of day worked to our advantage because when we walked in there, there were a few people sitting at the various booths (they have these little 2-man booths and, I think, one large oddly-shaped table) and three guys sitting on the stools at the counter.  As we walked in and tried to figure out where to sit, the three guys finished up their meal and vacated their stools.

So, we got prime spots!  There were three of us and I had done my homework via Yelp and Trip Advisor and knew how to order:

We sat there and watch the guy get to work on the burgers and could peer into the cast iron vertical grills.  While we were there, he was using two of them, but the third one on the left was not in service and that butter knife was being used to keep the doors closed. 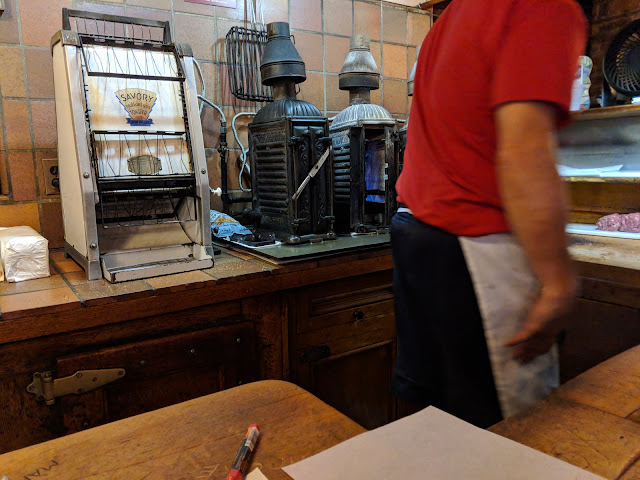 I asked the guy behind the counter about the ovens and he said due to their age, they use two and keep the other in working order, so when one goes down, he can get it repaired and still have two ovens in use to keep the operation humming along.

That toaster - the white thing - is also super old but wasn't there in duplicate. 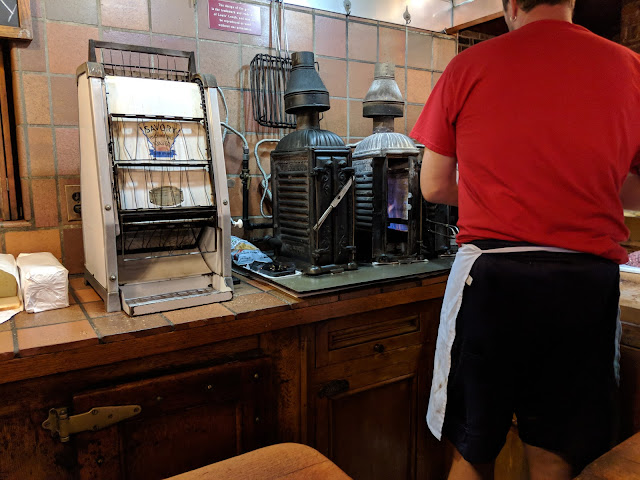 First we got our Birch Beer.  Something I have never had before.  But, it was delicious!  Foxon Park variety and something I'm now going to watching for on menus. 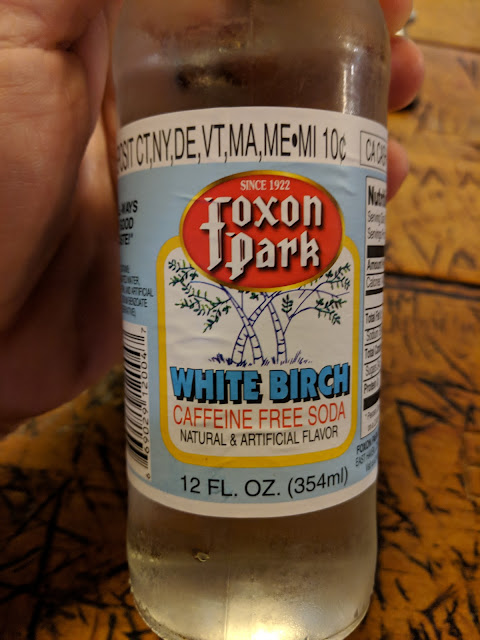 The burger arrived and it was cooked a medium temperature with a cheese spread on the bottom piece of white bread and the toast done nicely.  The burger itself was really loosely-packed and the bread held up to the grease that it threw off. 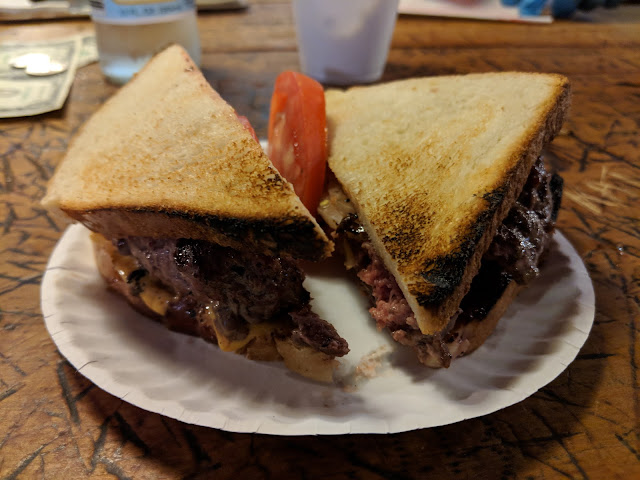 Overall a really nice composition and I devoured it quickly.

The potato salad was fine - not memorable - and served in these styrofoam cups that you can see in the photo below. 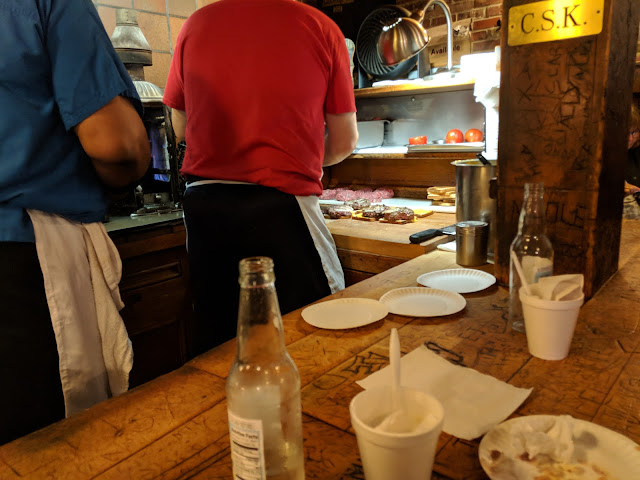 Louis Lunch is TOTALLY worth the visit.  Go a little bit after lunch - but not too late because they close at 3:45 pm - and wait for the stools in front of where the great grandson of the inventor of the hamburger works.  And get your order right:  cheese works, potato salad, Birch Beer.
Connecticut Food Network hamburgers New Haven pilgrimage restaurants
Location: 261 Crown St, New Haven, CT 06511, USA