An Amaryllis Update - Opening Up 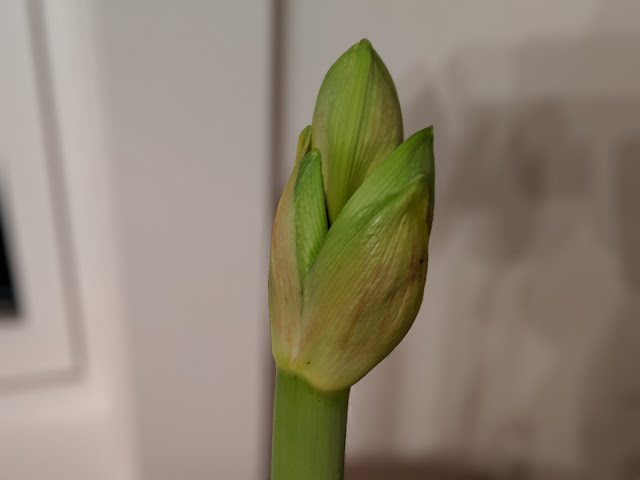 Still no bloom.  But, plenty of progress as the bud is opening up and beginning to show how many flowers it is going to show off this January.  This went into a pot in Mid-November, so we're now sitting at seven weeks of growth.  Two or so in November.  Four in December.  And almost one in January this year.  This is the second year that I've bought the bulb at Wannemaker's annual Christmas Open House and I'm sitting at 50/50 in terms of timing it right for a Christmas bloom.  My instincts (largely based on this year) is that I should start these earlier - mostly so they'll be ready for the Babe's annual Birthday party - which takes place about a week before Christmas.

But, there isn't enough data.  One bulb:  six weeks to full bloom.  This bulb?  Likely eight weeks or more.

Year three will, I suppose, tilt the operation one way or the other once we see how long that one takes to bloom.
Amaryllis bulbs christmas flowers flowers winter bulbs
Location: Downers Grove, IL, USA