The Cats Of Disney's Aulani Resort 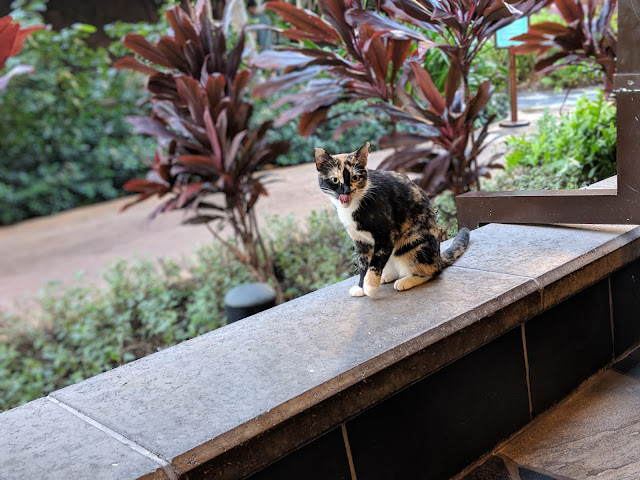 If you're a Disney person, you've probably heard about the Disneyland cats.  This Vice story does a good job unpacking the whole feline operation in Anaheim.  There's more than 100 feral cats that live in and around Disneyland Park that are fed and tended to (even tagged and neutered!) by Disney cast members/staff.  All in the name of reducing the rodent population - which they do a pretty great job.

Just to be clear here:  We're not cat people in the Parrillo household.  Don't get me wrong, I'm not going to rain on your cat parade.  Just not going to be besties with Beth O and bring in cats to our house.   Seeing cats out in the wild?  Just fine, though.  And, for the record, this is the first entry into the archives with the [Cats] tag.

As a Disney fan, you likely know the Disneyland cats story.  But, here's something you may not know:  there are cats at Disney's Aulani in Hawaii, too.  Here's a couple of photos of them.  The one up top is a cat that joined us one early morning (like 6 am) by the quick serve restaurant.

And below is another one that was lurking behind some pool chairs one early morning. 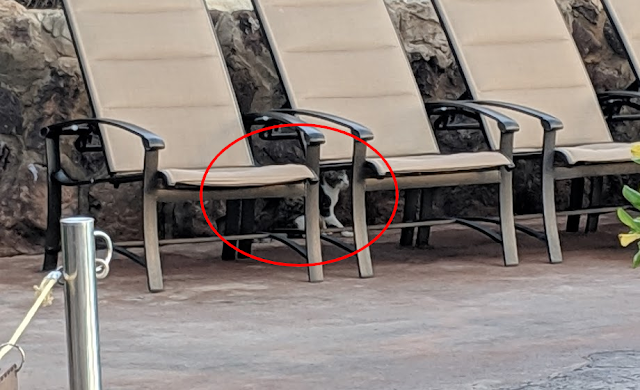 There doesn't appear to be any sort of documentation of this being quasi-official like the Disneyland cat herd, but I have to wonder if they've taken the same approach here at Aulani?  Why not have a couple of feral cats linger around if it means less mice and (gasp!) rats at the resort.  Also, could they be a help in fending off the Asian Mongoose?  This piece makes it seem like they're quite undesirable to have around, so perhaps the cats can chase them off?
Aulani Cats disney disney hotels Disney Resorts Hawaii hotels Ko Olina
Location: 92-1185 Ali'inui Dr, Kapolei, HI 96707, USA