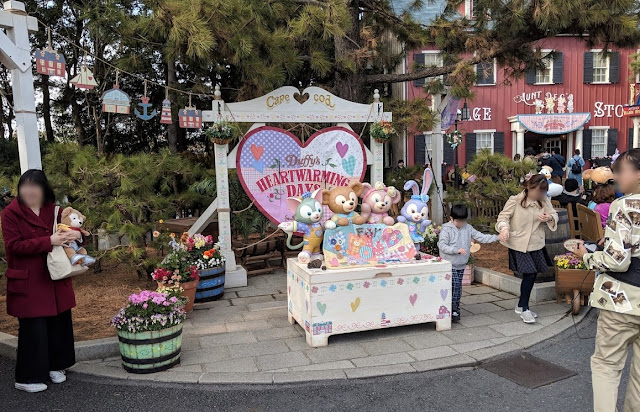 Of the course of the past week or so, I've shared a bunch of details of my trip to the Tokyo Disney Resort including a stop at Tokyo DisneySea.  My trip there coincided with a unique celebration called "Duffy's Heartwarming Days 2019" that was taking place in the Cape Cod section of the park that seemed to be a particular draw for some guests.

The Heartwarming Days celebration features Duffy the Bear and his friends Shellie Mae, Gelatoni and StellaLou.  They had this display with little characters set up that you see above that had a super long line of folks waiting to take photos.

The Heartwarming Days celebration ran simultaneously with the 35th Birthday celebration of the resort so they had situations where you could get a photo of a 35th Birthday marker (like this nautical Mickey themed one) and the Heartwarming Days banners (on the roof and on the next building).  This had a shorter line - but was still having people take photos (I blurred this little girl's face in the photo below because I'd imagine her parents didn't sign up for their daughter being on some random dude's blog in the US.) 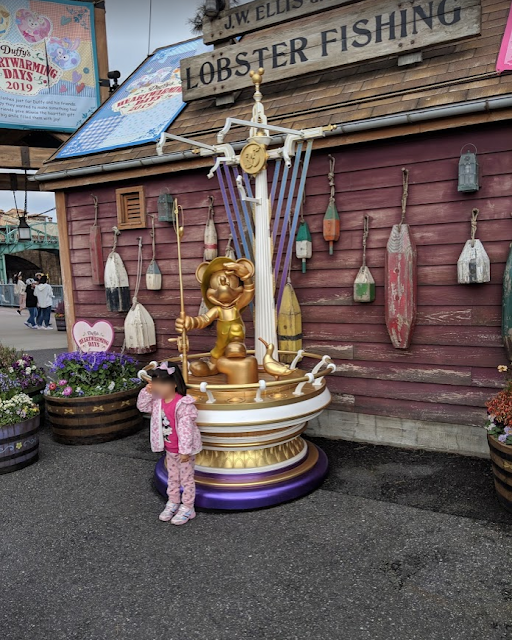 The Duffy and Shellie Mae stuff extended to the parks "Entertainment and Information" guide for February.  This whole thing was in Japanese, so it was of limited use for me.  However, Duffy is in his special "Heartwarming Days" outfit that I'm pretty sure Minnie the Mouse made for him (at least that's what I picked up from the story there).  There's tons of special merchandise that you can see at this post and the TDR Explorer did a nice job showing all the items in this post. 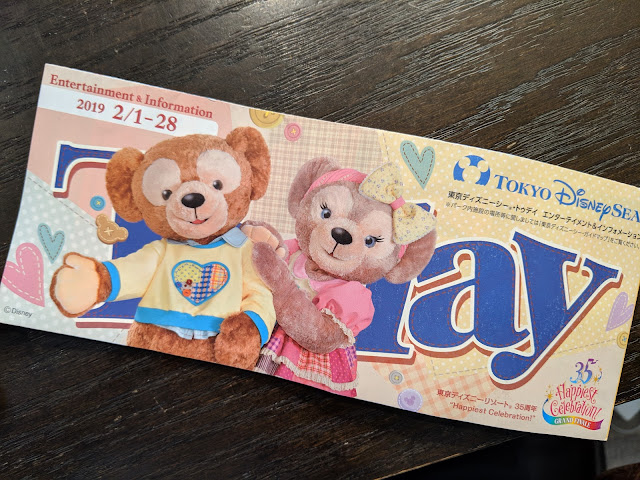 The bags that they were giving out at the park had all four friends on them, but no mention of the Heartwarming Days Celebration, so I'm not sure if these will run all year long. 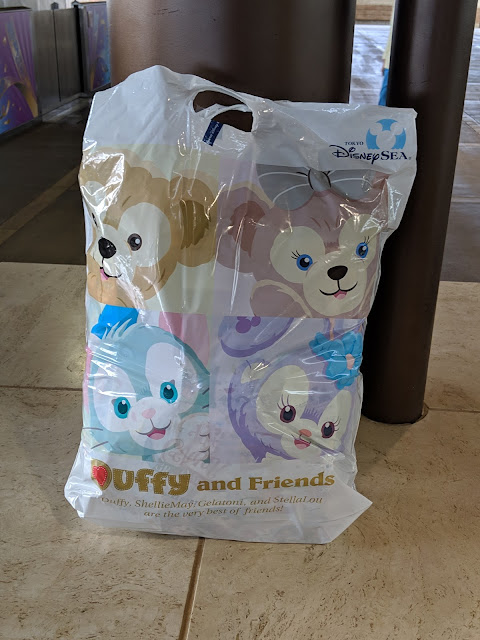 The kids have kind of glommed on to Duffy and his friends - which I think started with the "Good Night Show" that they play on television in Disney Hotels down in Florida each night.   Since he's departed the US parks (is he totally gone?  I think so?)  it was nice to bring some things back for them.
disney disney parks Duffy tokyo tokyo disneysea
Location: 1-13 Maihama, Urayasu, Chiba Prefecture 279-0031, Japan