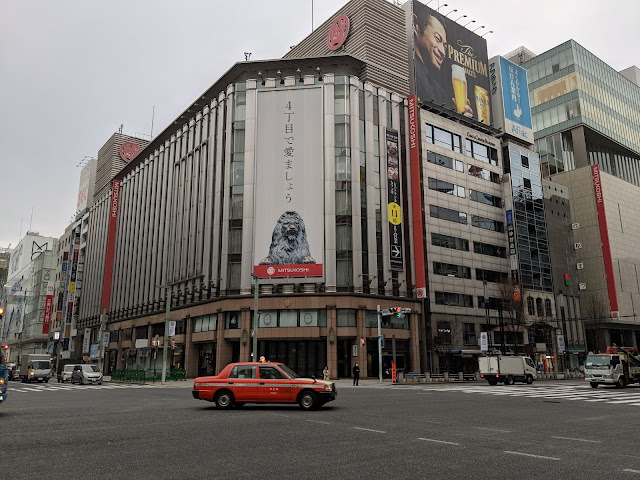 Down at the Epcot Center in Florida, there is a store in the Japan pavilion that sells all sorts of novelty items from Japan including a live oyster/pearl tank where you can pick out an oyster and once opened, discover a pearl.  That store is called Mitsukoshi.

I had been going to the store for a couple of years until Natalie told me that it was called Mitsukoshi and that it is a department store in Japan.  Like...this isn't just a 'shop' in the Japan Pavilion, it is actually a location of this department store.

Having been to Japan a few times now for work, on my most recent trip, I decided to try to get into one of the Tokyo locations.  Turns out, the Ginza location was located on the walk between my hotel and the office I was working in all week.

You can see the store in the photo above:  the *older* store is the main portion located on the corner.  A bit down to the right, you can see the *newer* addition they've added.  Here's a look at that new section from a different angle: 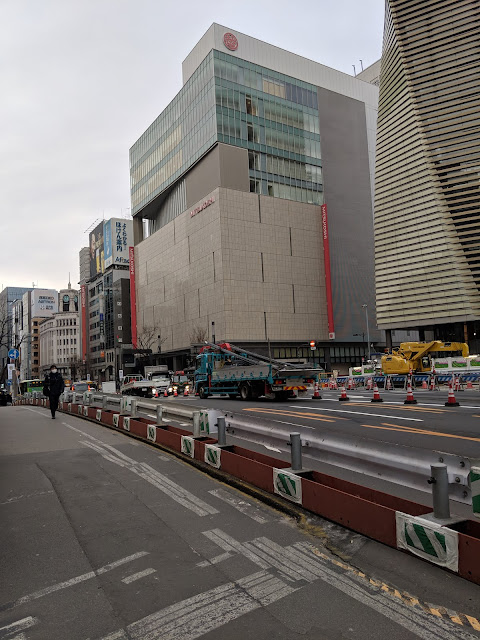 The store spans a dozen or more floors.  I went up the escalator to the ninth or tenth floor where the kids section was, but I didn't end up buying anything from Mitsukoshi.  Neat experience even without the purchases.

I know the next time we go to Epcot, I'll take in the Mitsukoshi location there with much greater admiration.
epcot Ginza japan stores tokyo
Location: 4 Chome-6-１６ Ginza, Chūō, Tokyo 104-8212, Japan