Posted by Jake Parrillo on May 01, 2019
Yesterday, I shared a couple of photos of some Elephant Ear bulbs that I am planning on putting in containers on the patio this Season.  Today, I'm sharing two more sets of bulbs - or in this case..."Tubers" is what they're actually called - for this Season.

Dahlias can be grown in the garden or in containers.  I think the pros put them in the ground/garden and then in Zones like ours (5b), pull them out of the ground in the Fall to store them over Winter.  But...they *can* be grown in containers.  Why do I think that?  Because of this article on the official site of The American Dahlia Society.  It walks you through how to grow them in pots.  (Hint...start them low and gradually add soil on top of them as they shoot up.)

I think I'm going to try a little bit of both - putting some of our Dahlias in containers while putting others directly in the landscape.

So far we've bought two varieties of tubers.  First, a Dinnerplate variety called "Big Brother".   The package is shown below and you can see that it claims to have up to a 44" height.  That's pretty tall!  This one will go in the garden/landscape. 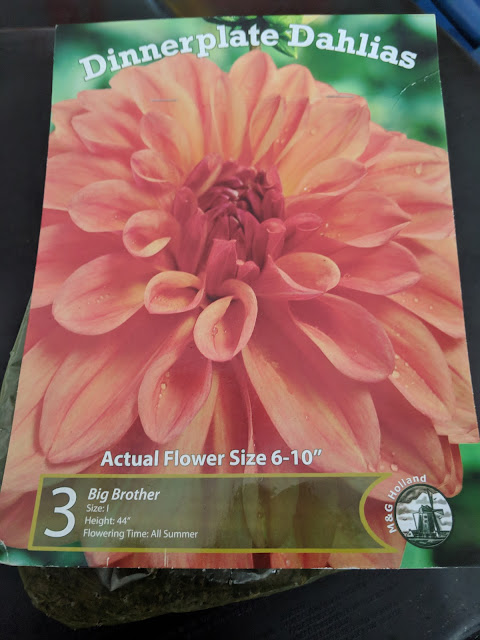 The other tuber is this three-pack of Semi-Cactus Color Spectacle Dahlias.  I'm thinking of taking at least one or two of the tubers and trying them in a container.  (That is....*if* Nat figures out what containers she wants on the patio this year!) 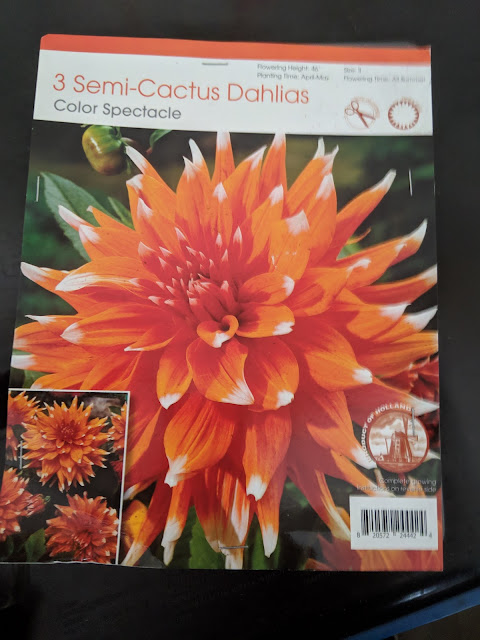 This will be the second straight year that I've planted some dahlias.  This year, however, you'll note that they're both orange.

Last year, I had this crazy Firebird Semi-Cactus variety that shared a pot with a giant Elephant Ear.   By mid-Summer, it bloomed beautifully.  The other variety was this Night Queen that I planted by itself.  It was quite happy...until the Japanese Beatles took over.


Night queen Dahlia's in bloom. #containergardening
A post shared by Hornbeam Hill (@hornbeamhill) on Jul 23, 2018 at 6:36am PDT