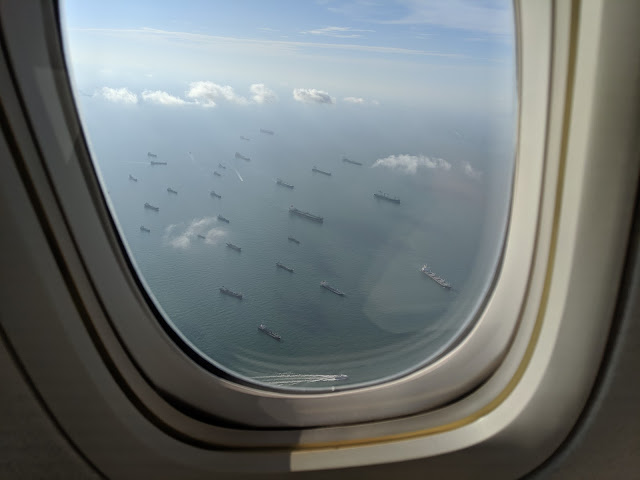 I didn't get to see a lot of Singapore, but one thing I was struck by was all the shipping traffic in/around the coast.  Here's a shot I saw on departure as we took off out of the airport on a morning flight.  Quite an armada of container ships, right?  This was the view off the coast, too.

We see ships on the horizon when we're on vacation - in California or Florida - but they're just occasional blips on floating on the sea far out there.  Not quite the same thing going on here - which I assume is for a variety of reasons including the size of the passages and the restrictions/regulations placed on the voyages.

But, all that stuff we buy has to come from somewhere, right?
shipping. Singapore
Location: Singapore