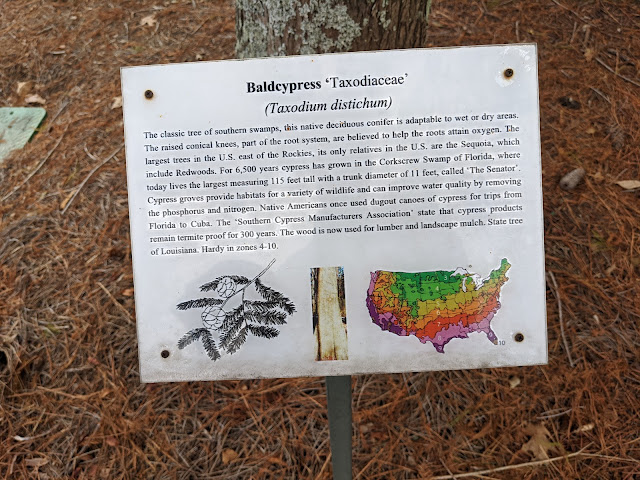 A week or so ago, I posted some photos of a large Willow Oak tree from a visit to a corporate headquarters and referenced some other landscaping there (the cloud-like hedge).  The campus is surrounded by a TPC golf course named Southwind and has quite a few mature trees.  They also have done a nice job of creating some educational material and signage about some of the trees they have on hand including this Bald Cypress or "Baldcypress" as the sign indicates.

We have a tiny Bald Cypress - or Baldy Cypress - out front on the north side of our driveway.  According to my inventory this Summer, it grew just 1" in height.


"The raised conical knees, part of the root system, are believed to help the roots attain oxygen."

Raised knees?!  What the heck?  I had never heard of Cypress Knees.  But...looking around the tree - and sure enough - there were a bunch of these surface roots: 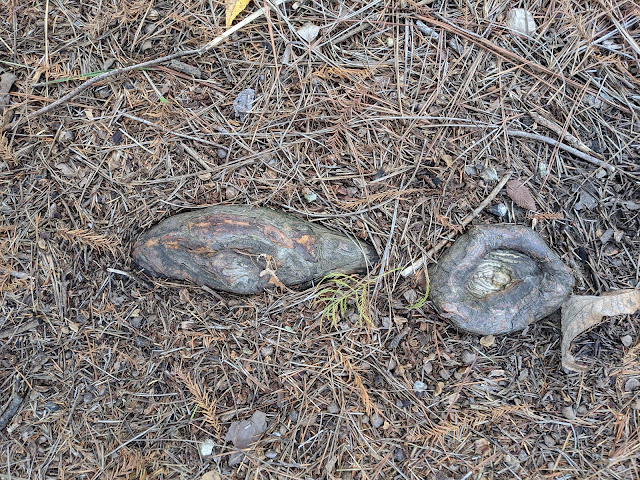 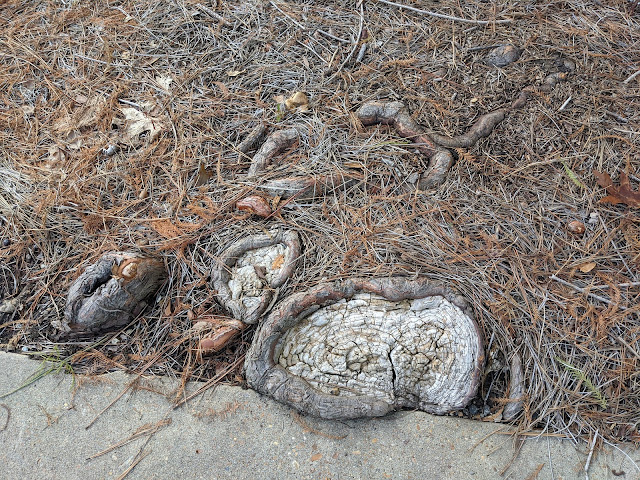 Had no idea that these were a thing.  Wikipedia has more details:


A cypress knee is a distinctive structure forming above the roots of a cypress tree of any of various species of the subfamily Taxodioideae. Their function is unknown, but they are generally seen on trees growing in swamps. Some current hypotheses state that they might help to aerate the tree's roots,[1] create a barrier to catch sediment and reduce erosion, assist in anchoring the tree in the soft and muddy soil, or any combination thereof.

Like a lot of things...once you know about them, I bet I see them *everywhere*.
arboretum Bald Cypress deciduous conifers FedEx Memphis trees
Location: Memphis, TN, USA