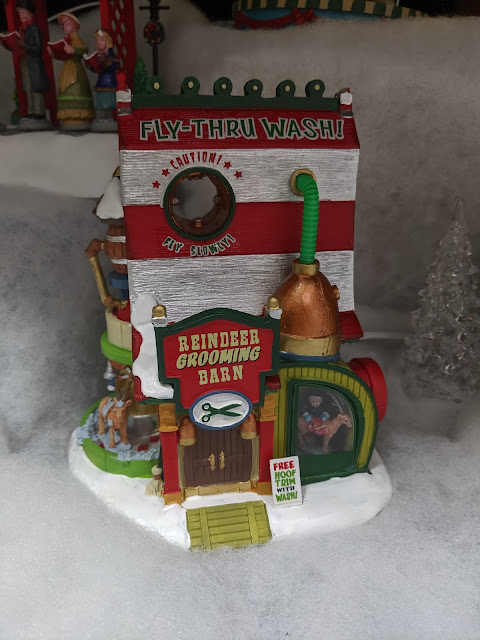 This one isn't 'new' for 2019, but rather was released last year.  At least....that's according to the Lemax site that shows this Reindeer Grooming Barn being part of the Santa's Wonderland collection and 'new in 2018'. It is, however, new to me and new to Menards as far as I can tell.

This is the fourth Lemax Christmas Village structure that I've put on the blog this year.

First was the North Pole Tower - part of Santa's Wonderland.
Over the weekend was The Hop Stop craft brew building - part of Harvest Crossing.
And most recently, I posted photos of the Sugar Plum Bakery.

Like the rest of the standard structures, the Fly-Tru Reindeer Washing Barn retails for $39.99 at Menards, but will be on their reverse Christmas pricing that has discounts that grow as we get closer to Christmas Day. 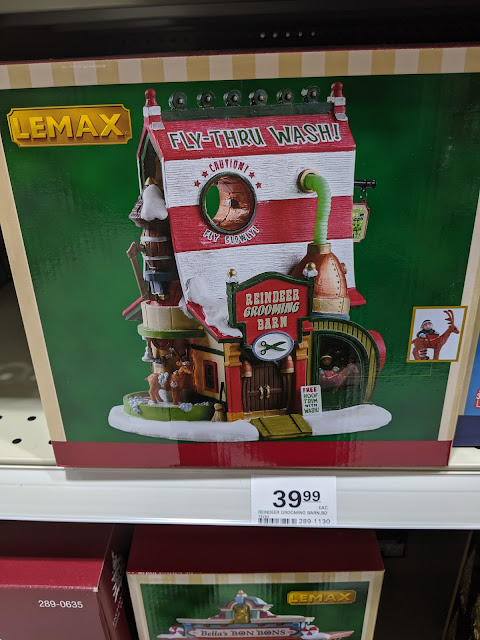 As for Mantleburg...I think you know the answer by now:  the Village Board isn't going to annex anything like this in the near term.
christmas village lemax mantleburg menards christmas