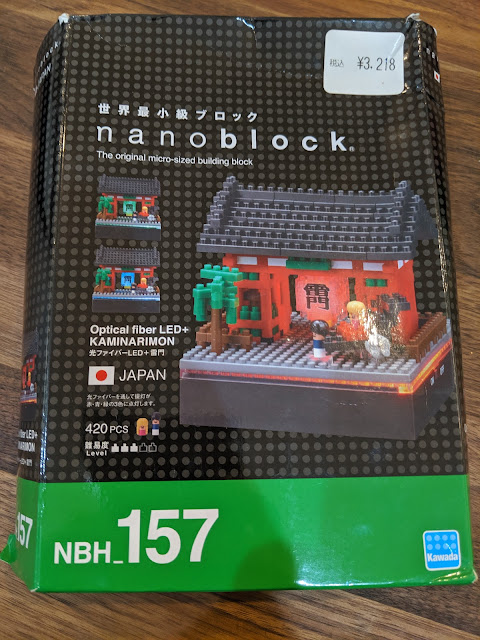 On one of my trips to Tokyo, I brought back a couple of sets of Nanoblocks for the kids including this one that is an "Optical Fiber LED+ Kaminarimon" that features 420 pieces.  Nanoblocks are like Legos, but much smaller.  Like...really tiny.  That tiny-ness is a key product attribute making the sets - when fully built - taking a much smaller footprint than a Lego set.  But, that tiny-ness also makes these decidedly NOT FOR KIDS.  Or at least...not for my kids.

This thing lingered on my desk for a couple of months because the kids couldn't make it work - their hands couldn't make the tiny parts work for them.  So, I decided to take over the project and get it started.

This set is Kaminarimon - which Wikipedia tells us - is a very special site in Tokyo.

On the scale of difficulty, this one measures 3 out of 5.

It has an LED base that is powered by a pair of AA batteries or by plugging in a USB cable and that lights up the base panel that you see below. 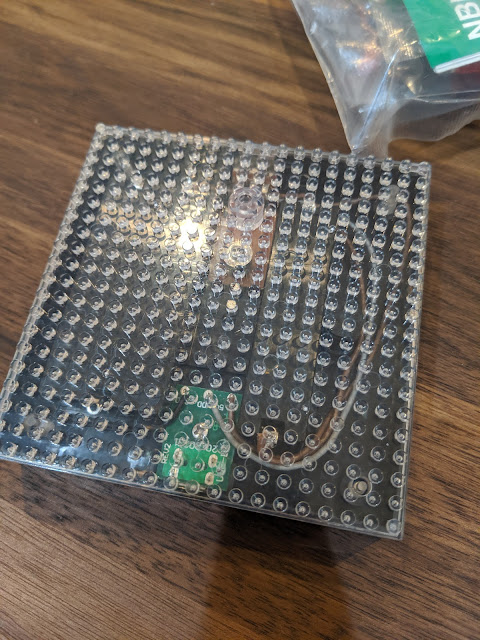 There are just 19 steps, but the first one is to apply a solid grey plate on TOP of the LED base and to plumb a clear 'tube' that you can see in the photo below that 'pipes' the LED light out from the base.  This pipe will eventually get buried in the center in the lantern.  Here is an in-progress shot of the side buildings being built up. 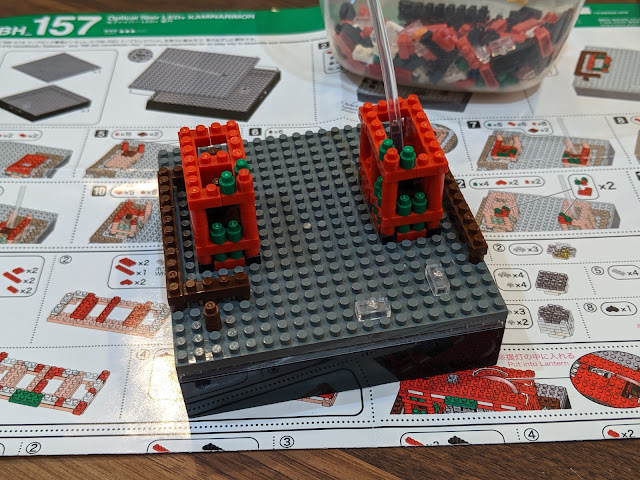 And here's the lantern being hung between the two: 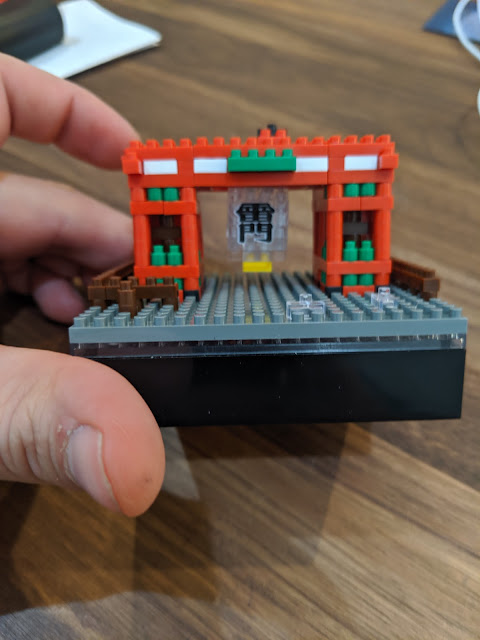 I've taken it slow on this one and have built just a step or two on days that I've worked from home.  Once I finish it up, I'll post a completed photo.

The striking thing here is really the size.  As the name implies, these things are NANO.  That means that I could imagine being able to build a few of these and keeping them on a shelf.  And can totally see why this is more attractive than the larger-size Legos in Tokyo where space is a premium.

The other two sets we have are different and less complex - one of which is the Bullet Train and the other being another structure, but I think it is free-standing and lacks the LED base.  Once this one is finished, I'll move on to those.  Or maybe even buy a Christmas Tree build like this one on Ebay.
japan legos Nanoblocks