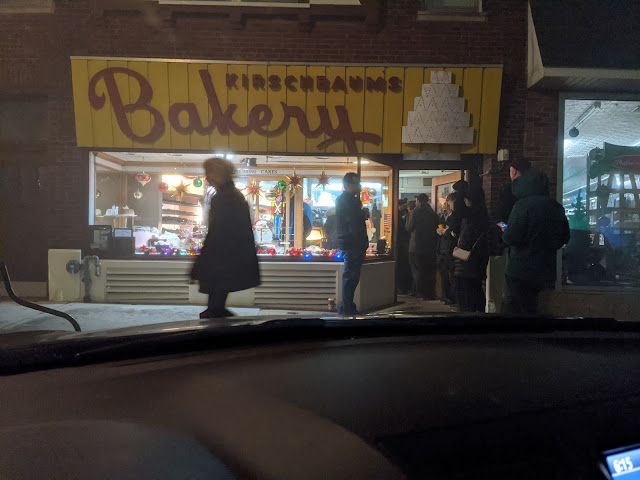 I know this post is late.  Like a month late.  But, I came across the photos on my phone and wanted to document it for diary-purposes like I've done over the years.  This past Christmas Eve, I made my annual visit to Kirschbaum's Bakery in Western Springs.  They open up for orders and pre-orders and it is a busy day at the bakery.  That's why I get there early in the am.  This year, I arrived first.  I was the first car that pulled up.  It was before five am.  The listed hours on the store's website is that they open at seven am.  But...based on previous years experience, I knew that they'd open earlier than that.

A few minutes after I arrived more cars started to show up.  We all played along and stayed in our cars where it was warm.  Around six am, a guy got out of his car and then we all had to scramble and run to line.  Based on where my car was parked, I got there to be third in line.

And guess what?  This is what my view was for the next 25 or so minutes: 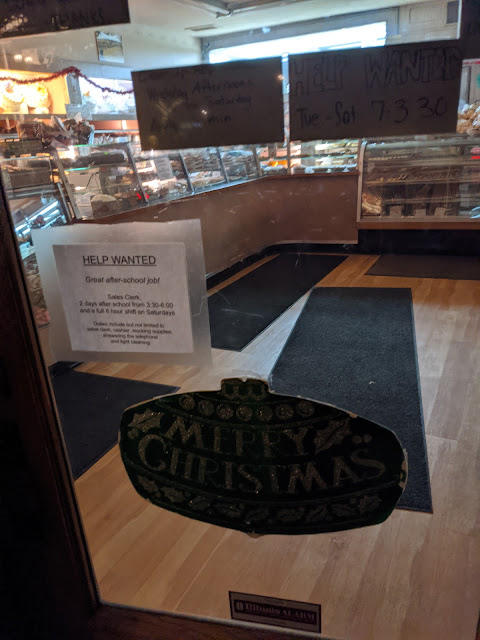 I was first in line and was able to kind of stand in the little vestibule and see in the store as they were getting all the sweet treats in order.

They opened the doors and I went directly to the little red thing with the numbers. 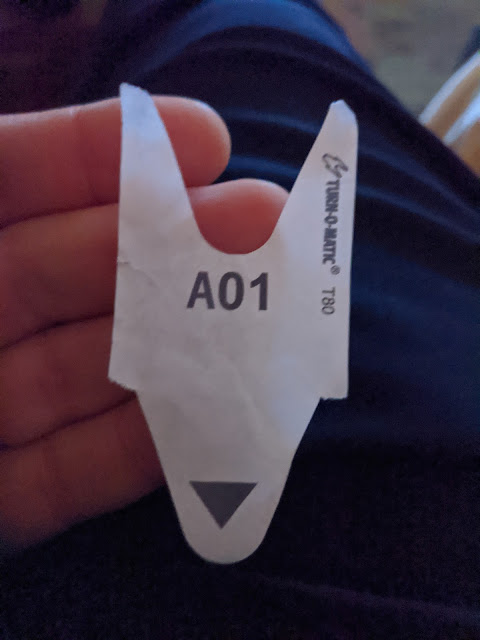 I gave my order.  Paid and scooted out of the way.  And got a little cheer from the crowd outside as I left being the first customer of the very busy day.