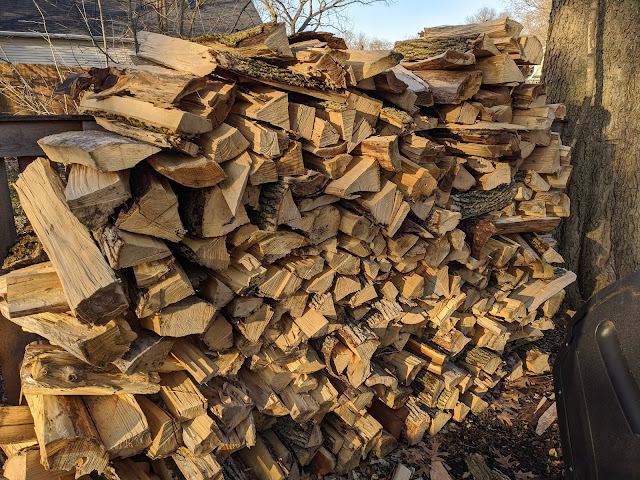 A color/aging check-in on the Ash Firewood that I acquired last year.  I still haven't split all of the rounds, but with the social distancing experience going on, we're going to have some good backyard time in the next week or two.

I first covered this wood - when it was standing as a (dead) Ash tree last year in November.  The full archive of ash firewood posts are here.   I had the rounds dropped over the fence late last year.  And started splitting and stacking it right after Christmas.  Head there to that post and see the color.

There's been a change and I think darkening of the wood since this was first split.  I know that I kind of have a 'golden hour' thing going on in the photo at the top of this post.  But, to my eye: it seems to have aged/seasoned.

I haven't put a moisture meter to any of this stuff yet, but it seems that I should be tracking it going forward.  I've actually brought in some of this wood and have burned it at night - mixed with our seasoned Cherry that we have on hand.  It smokes quite a bit, but burns.  My meter is showing this piece at 15.7% on the meter - as of mid/late March.   Most guidelines say that 'properly seasoned' firewood would need to be under 20% moisture - so we're already there.  These were standing dead trees for a number of years. 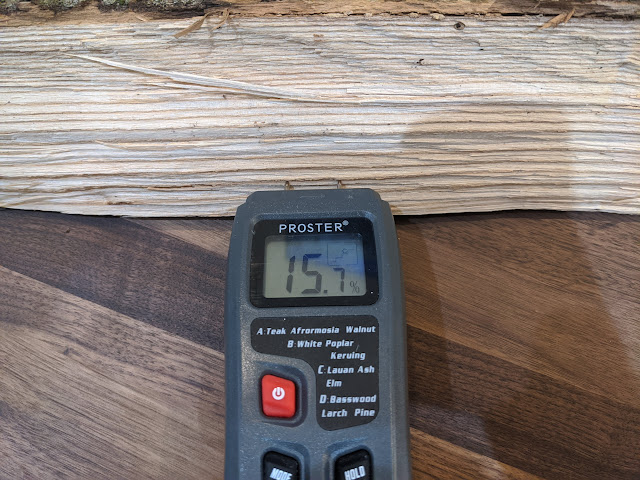