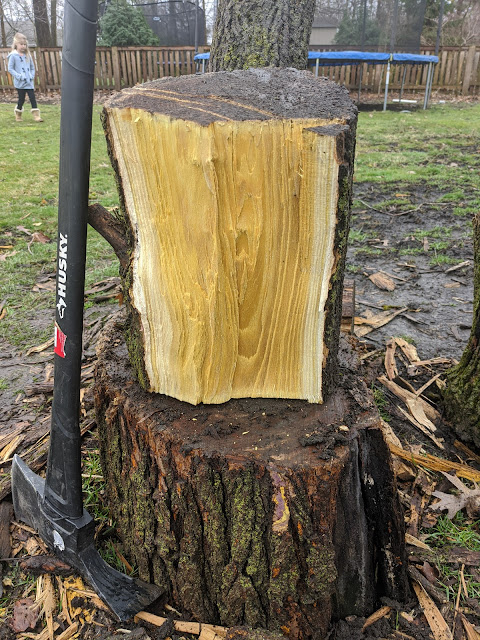 One of my social distancing projects has been to keep working my way through the processing the firewood rounds that I picked up late last year.  Right after Christmas, I posted some photos of some of the split rounds and mentioned that some of them were very yellow and believed that they were Mulberry wood.  That belief (that it was Mulberry tree wood) was based on a couple of posts on the Firewood Hoarders Club site.  This one.  And this one.  Both have photos.  Have a peek at those posts.  Then come back and look at the photos in this post.  Same wood, right?  Down to the more whitish ring that appears at the very outside edge.  The white line is more prominent in the photo below: 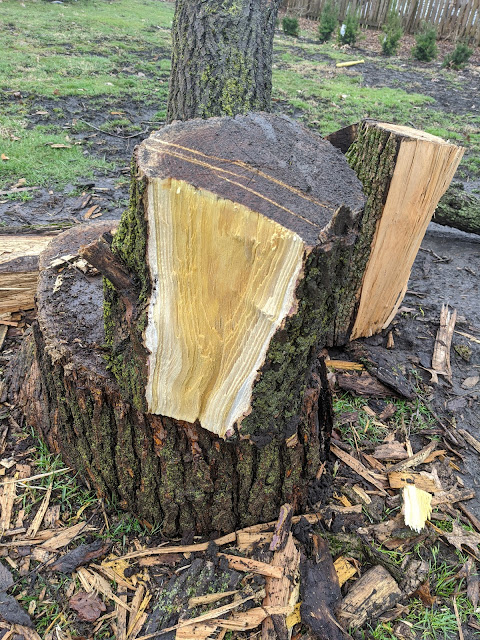 The Hoarders Club members say that it burns long and hot and makes great firewood.  I have a few rounds that I've split and a couple more left.  Unlike the Ash trees that I took, this Mulberry tree was live when it was cut down.  So, it is VERY heavy.  And wet.  The Ash can be burned almost immediately, but I know this won't be seasoned for a while.

I have a couple of Mulberry trees on my property.  (At Least) one in the back. And a big one up by the sidewalk.

The other interesting thing about some of this wood is that the interesting color doesn't stop at the yellow.  Below, you can see some of the underside of the bark that shows off two-tone purple. 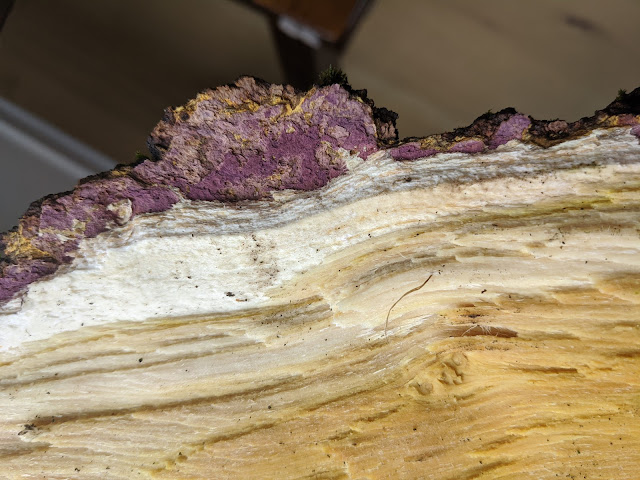