Posted by Jake Parrillo on May 18, 2020
Last May I built out our three-bin compost set-up.  One active bin. One carbon storage. One nitrogen storage.  That was a year ago - and the bins were....empty.

I did a check-in on the bins in December and showed all the leaves that I had picked up from our yard, but the bins weren't that full.   Once the weather turned, I started to fill the bins with yard waste and started to see enough volume to fill the active bin.  I knew that I wanted to get a good batch 'cooking' this Spring, so I decided to install a passive aeration system a few weeks back.  When I did this pvc pipe project, I opened up the bin, cleared all of them out and started from scratch - both to get the right combination together, but also to 'turn' the stuff that was at the bottom as there was a lot of anaerobic decomposition going on down in the bottom.

While I had the bins empty, I clipped some of the fence panels to allow for the pvc pipes to 'pass through' the front.  I did this because I thought it was the best solution to ensuring that the front of the pipes will remain unblocked.

While I had the bins unloaded, I (obviously) put in the perforated pvc pipes for aeration.  Then mixed carbons and nitrogens as I went up.  About 1/3rd of the way up, I started to add the compost starter that I posted about yesterday.  After each layer in the 'active bin', I added more of the microbes.

We ended up with a full compost bin on the left that looks like this below.  You can see that - as of now - the material is about three (3) full 'squares' of fencing from the top.  I've aerated with pvc the bottom third, which I'm hoping is enough. 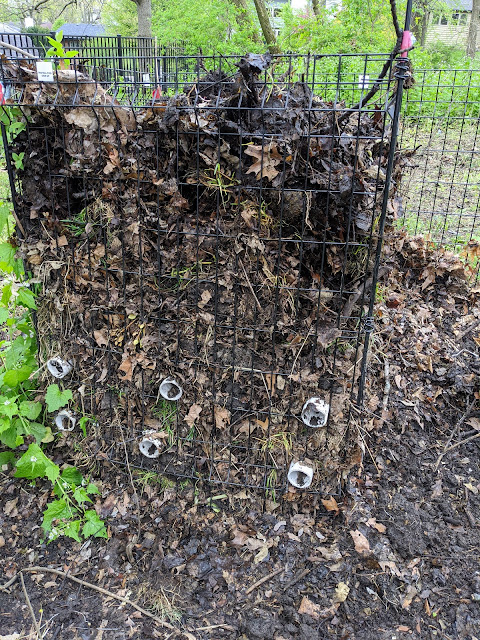 Here's a look at all three of the bins - with the middle (nitrogen) and right (carbon) ones mostly empty now that I've built up a 'batch' on the left.  My goal is to begin to refill the two storage bins the rest of this year and allow for the active bin to compost.  My plan is to try to go out there and turn it once a month by unloading a bunch of it and re-piling it back in.    That way, come Spring 2021, I'll have a full bin of compost to use in the yard.   And we can being this process all over again. 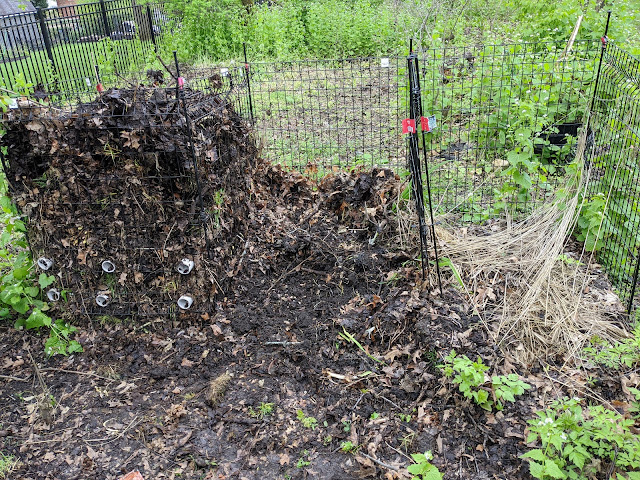 I wanted to also document a look at what the material looks like down by the aeration pipes. You can see that there's a combination of leaves, grass, dirt clumps and other various yard waste.  I want to monitor how the pipes influence the decomposition. 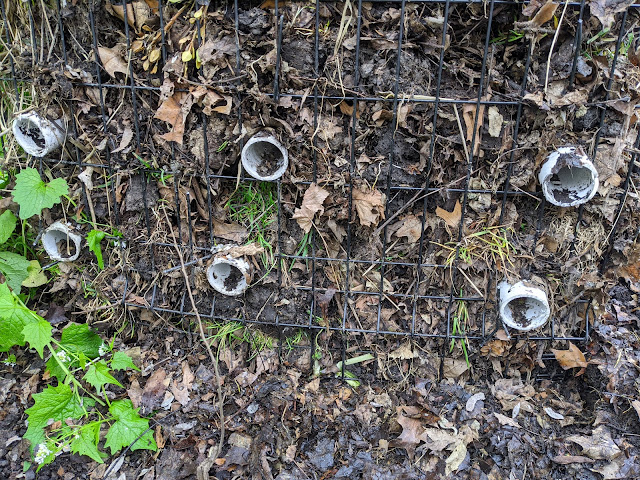 I also wanted to grab a photo showing that the pipes were indeed 'aerating' - as they're clear from front to back.  The holes that I drilled into each of the six pipes are (hopefully) letting the pile breath and break down quicker.  Check out the photos below showing the front-to-back pipe view: 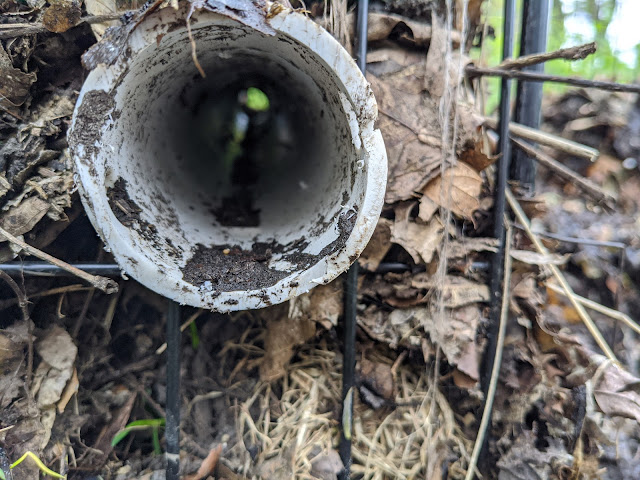 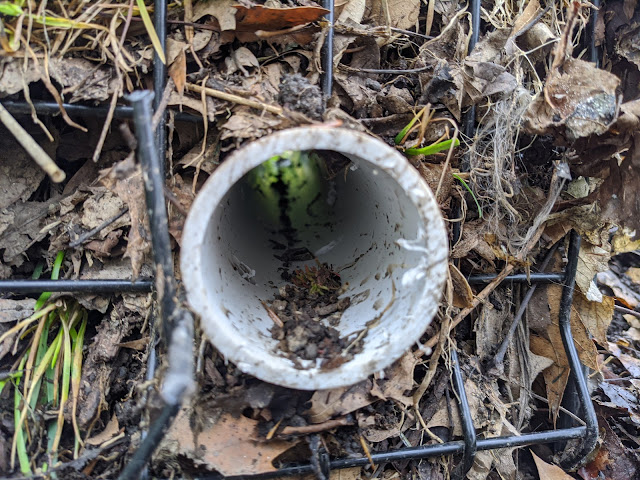 I mulch my lawn - both front and back - but I might grab a few bags of lawn clippings in the back to keep it out of the pool (what's that?  A pool???  Yeah.  More on that later) and to help have some compost accelerator on hand.
aeration compost compost bins garden diary
Location: Downers Grove, IL, USA