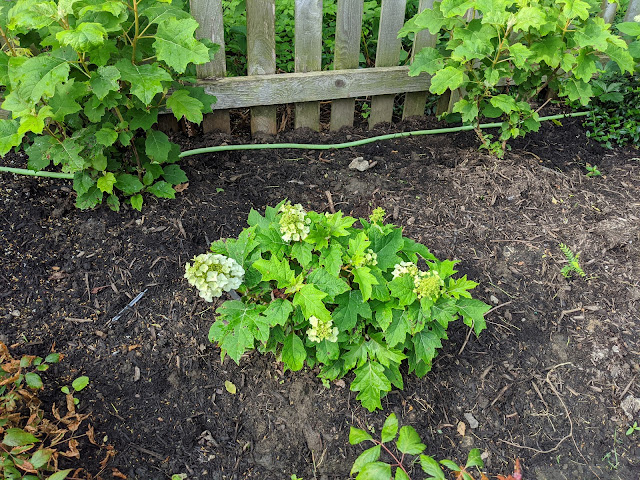 A couple of weeks ago, I posted some photos of a series of Oakleaf Hydrangeas that I planted in "priority area #1" - that included both traditional and a pair of "Munchkin" variety.  I've been trying to get these plants to get over their transplant shock by watering them pretty frequently.  And now, we've been rewarded with some year-one flowers on both of the Munchkins.  You can see one of them in the photo above - that shows off a series of flowers.

And below, is a close-up of the other one - further to the West - of the flowers that are opening.  They're a really nice lime color right now that (based on the nursery tags) are likely to be turning a bright white. 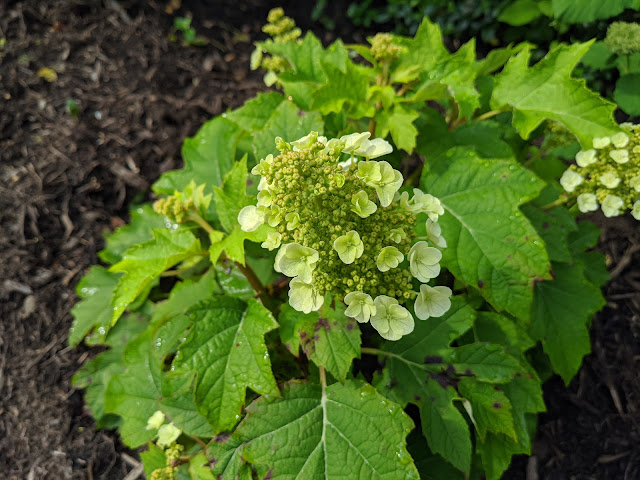 With the heat of the Summer coming on - coupled with some travel to Wisconsin - I'm thinking that I'll have to add a new soaker hose to these along with a timer to make sure they don't take a step backwards.
flowers garden diary hydrangea oakleaf hydrangeas perennials shrubs
Location: Downers Grove, IL, USA