Back in February, I put together a few posts that were an attempt to help me prioritize the new plants and shrubs that we were going to buy this year.  Those posts were called Priority Area #1, #2 and #3.  And a few days ago, I did a check-in on my full 2020 list and mentioned that I was close to getting a big part of #1 done with the planting of some Oakleaf Hydrangeas.

In this area, the plan calls for a bunch of new items, but I boiled down the needs to a few specific additions:

1.  Some Summer Beauty Alliums
2.  Some Alice Oakleaf Hydrangeas
3.  Some Fanal Astilbes
4.  A larger shade-tolerant Canadian Hemlock and perhaps a columnar tree, too.

In May, I posted some photos of the first four Summer Beauty Allium that we planted under the Espalier'd Lindens.  You can see one of them in the photo at the top of this post in the purple circle on the far left.

In that photo, you can all see that we planted more things.

The Teardown Hydrangea - which I think might be a limelight(?) was dug up and planted in October of 2017.  It wasn't much at the time and has taken the entire of the 2018 and 2019 growing seasons to get re-established.  It bloomed for the first time (for us) in September of 2019.

Our plan called for seven Alice Oakleaf Hydrangeas - which I've never had before.  Monrovia's product page has some details here.

Here's the product tag for those: 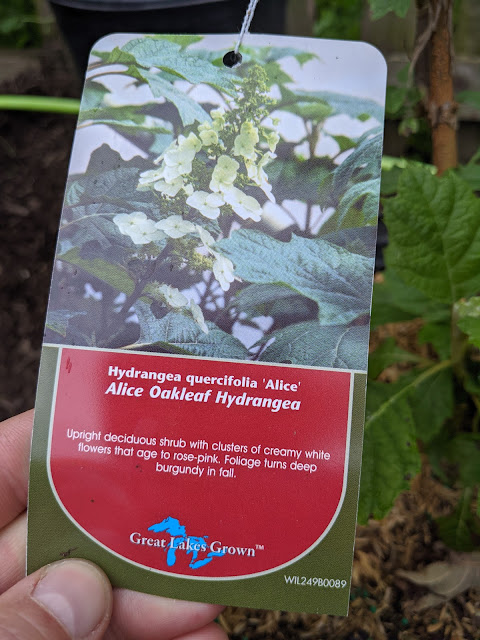 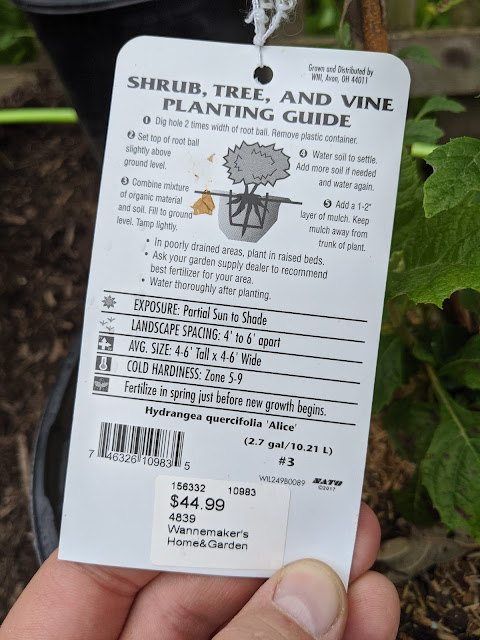 And here's 3 of them in their containers: 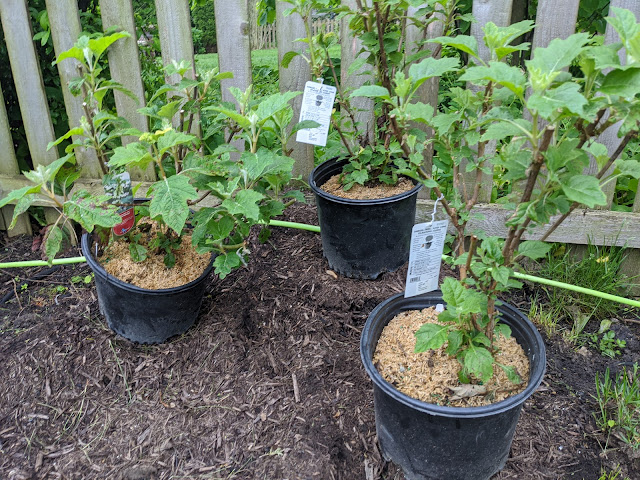 Here's the description from the Missouri Botanic Garden:


'Alice' was introduced into commerce by Michael Dirr through his Georgia Plant Introduction Program. It is an upright, stoloniferous, deciduous shrub with a broad rounded habit which typically grows 5-8' tall and as wide (less frequently to 12' tall in optimum growing conditions). It is most noted for its large, arching flower panicles (10-14" long), its usually disease-free foliage and its superior fall color. Large pyramidal flower panicles feature mostly sterile white flowers in June which bloom for 6-8 weeks, gradually fading to pink and then brown by late summer. Distinctive, deeply-lobed, somewhat coarse, deep green, oak-like leaves (to 8" long) turn attractive shades of bronze, maroon and purple in autumn. Mature stems exfoliate to reveal a rich brown inner bark which is attractive in winter.

Here's the product tag for the munchkins: 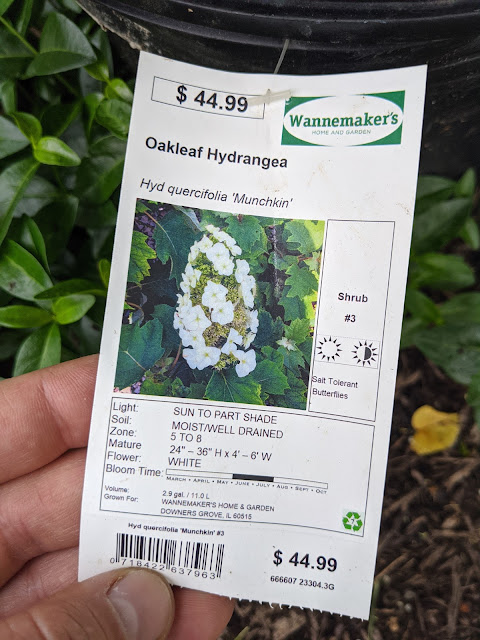 Here, below, are the pair of Munchkin hydrangeas.  Their nursery pots are shorter and stouter than the full-sized variety. 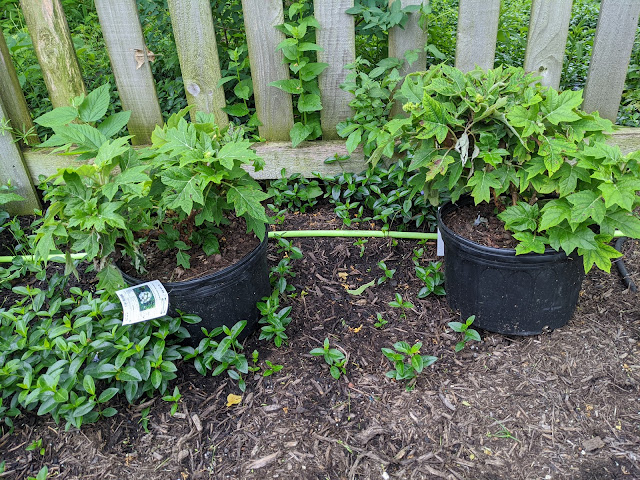 And the folks at the Missouri Botanic Garden also have a page about the "munchkin" version:


'Munchkin' was developed by the U.S. National Arboretum’s shrub breeding program in McMinnville, Tennessee from seedlings obtained from a 1997 open-pollination of Hydrangea quercifolia ‘Sikes Dwarf’. Released in 2010, it is a dwarf, compact shrub with dark green foliage that turns mahogany red in fall. Its white, 6.5 in. inflorescences are held upright above the foliage and gradually turn pink as they age. ‘Munchkin’ grows 3 to 4.5 ft. tall and wide. 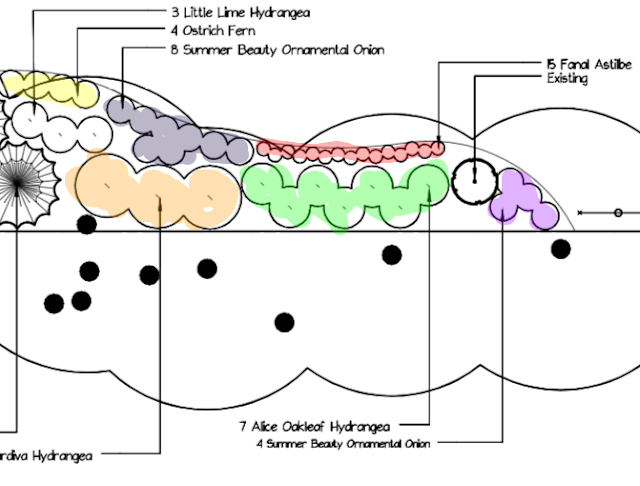