On Monday, I posted an update on our Lego build - the Walt Disney World Cinderella Castle - that has been going on for more than a year and a half.  I mentioned that we were on step #626, but I thought it would be good to post a reference photo - and I failed to do that in Monday's post.  So, here's where we are as of today.  Two steps forward (#628) and the build is focused on the tan portion on the left of the photo below.  The grey portion on the right is the lower section and is complete.  After we continue to build this part on the left (tan part), we snap-it into the part on the right. 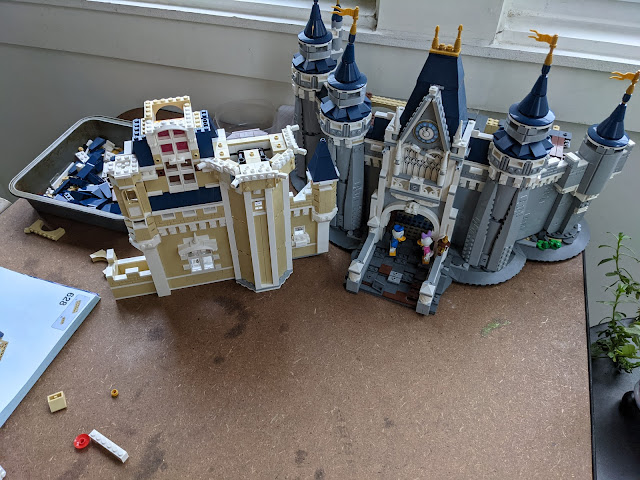 Doing two posts in one week on this build certainly ups the ante on getting this done before Christmas, doesn't it?