Back in March, the folks at Disney announced they were closing some of their stores as their business continues to transition to e-commerce.  That has only surely accelerated due to the pandemic.  One of those stores that was on the list of closures was near us - up in Rosemont.  Turns out, it is an outlet store.  And, I didn't know this, but Nat did (because she's been there a few times), they carry quite a bit of Disney Parks merchandise.  In particular, they carry Disneyland Park merchandise that has cycled through the park and ends up here - at the outlet with discounted prices.  Kinda neat.

With outlet prices coupled with the store closing, Nat went up there and picked up a bunch of clothes for the kids.  And, she came home with two things for me.  2020 Disneyland Park pins.  Disneyland was closed for nine of the twelve months of 2020, so it is no surprise that 2020 merchandise ended up at the outlet, right?

The pins were marked $3.99 and - as you can see below - one has Minnie Mouse and Mickey Mouse with some fireworks in front of the castle and the other one is (my guy!) Russell from Up holding onto 2020 balloons in front of (what I think is) a stylized California Adventure jumbo ferris wheel. 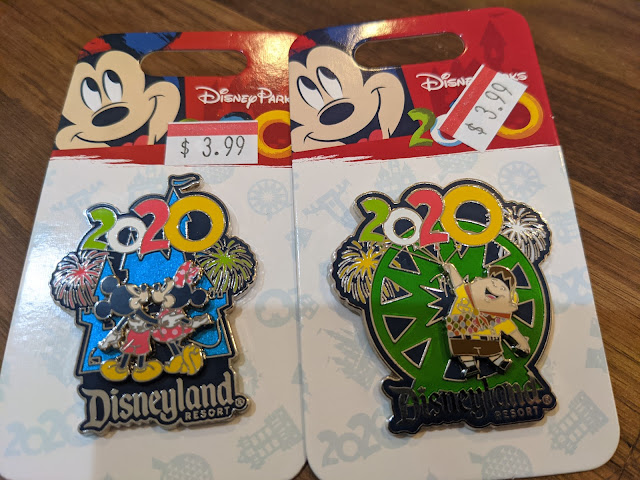 Here's a closer look at the Mickey/Minnie 2020 Disneyland trading pin: 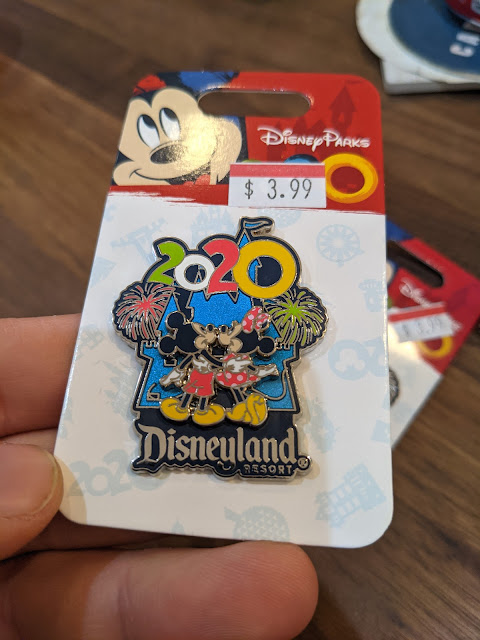 And here's the Russell from Up Disneyland 2020 trading pin: 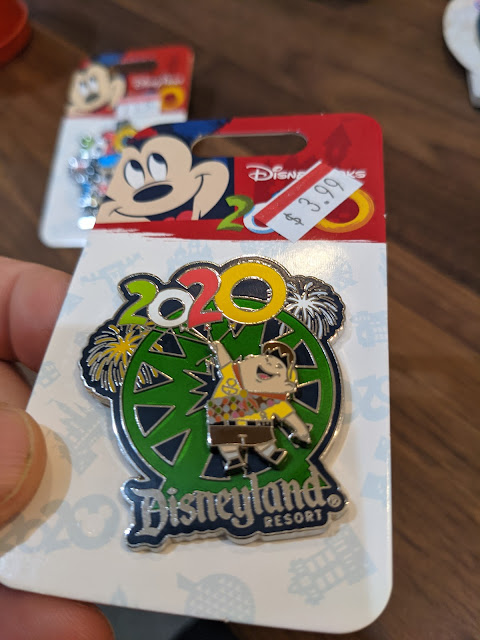 This is the second set of pins marking something at Disney Parks that really didn't happen.  Sure, there were some people who went to DLR in Jan/Feb.  But, for the most part, it was a lost year at the Disneyland Resort.  The other pin that didn't happen?  This 20th Anniversary Walt Disney World Half Marathon pin from 2017.  We went down there to to run the race.  But, it was cancelled due to weather.  But, still bought the pin.  And, even ended up with a "I finished" race shirt.  That, I'll have you know, I certainly, did NOT finish.
2020 covid disney disney parks disney pins disney store Disneyland Disneyland Resort Mickey Mouse Minnie Mouse pandemic pin trading pixar up