I have a section of our backyard that calls for a bunch of Ferns.  Ostrich Ferns, to be precise.  Last year, I transplanted a bunch of them (10) to this area just to the West of the Large Northern Red Oak tree that has our swing on it.  You can see some of those in the photo below - the Ostrich ferns are the lime green ones that are vase-like.   But, with the newly expanded beds, I also needed to fill in the section in front.  I did that by transplanting three MORE Ostrich ferns in front.  But, then I had a little gap between those in the border and the ones from last year.  So, I when I came across a pair of ferns that I've never seen before (at a good price), I grabbed them and decided to use them here. 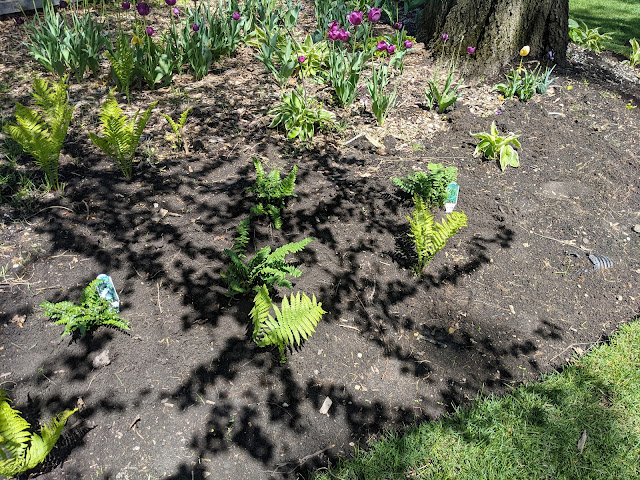 First up, a pair of Shaggy Shield Ferns.  I didn't know anything about them, but they caught my eye.  From the Missouri Botanic Garden comes this listing that mentions they are native to Japan:

Dryopteris cycadina, commonly called wood fern or shaggy wood fern, is native to mountain slopes (usually in forests) in northern India, China, Taiwan and Japan. This is a semi-evergreen to deciduous, vase-shaped fern with short creeping rhizomes. It typically grows to 18-36" tall and as wide. Stiff, leathery, upright, 1-pinnate, dark green blades (fronds) with little arch appear in an attractive shuttlecock arrangement. Each frond is covered with 20-30 pairs of narrow lance-shaped pinnae (leaflets). The stipe and rachis are covered with black hair-like scales, thus appearing near black in contrast to the green leaflets. Sori (fruit dots) appear on the leaflets.

Here's what it looks like in the nursery container: 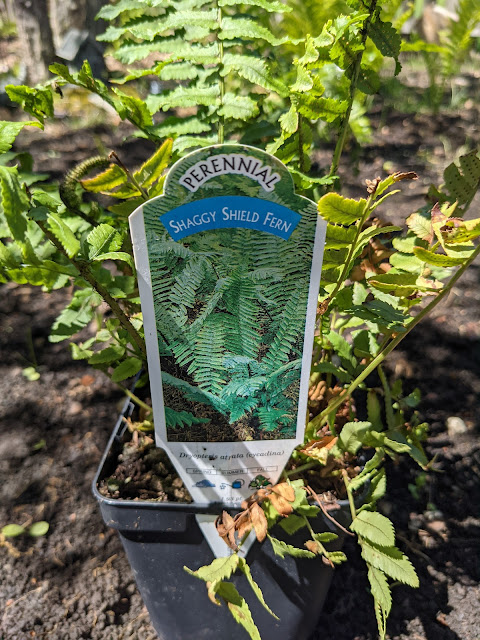 And, here below, are the tags: 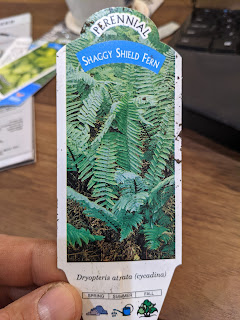 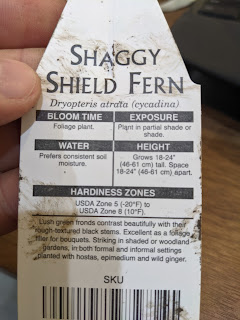 Next up is the Tassel Fern.  This one, too, hasn't been something that I've come across before in my visits to the nursery. 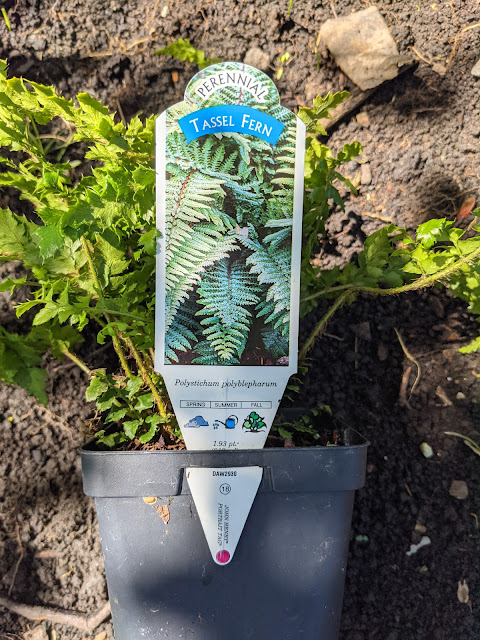 This one is a little different - as articulated by the Missouri folks (below), but one note:  this is called the "Japanese Tassel Fern" by Gardenia.net - where they mention it is 'award winning' having received the "Award of Garden Merit" from the Royal Horticulture Society.  Back to the description from MBG:

Polystichum polyblepharum, commonly called tassel fern, is an evergreen fern that is native to Japan and southern Korea. It features shiny, bipinnate, dark green fronds (to 1-2’ long) with finely divided but overlapping pinnae. It grows in an outward-spreading, vase-shaped clump to 24” tall and 24” wide. Crosiers flip over backwards to form tassels as the newly emerging fronds unfurl, hence the common name of tassel fern for this plant. Tassels disappear as fronds flatten with maturity. Synonymous with Polystichum setosum.

Below are the tags for the Tassel Fern: 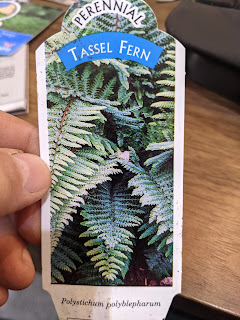 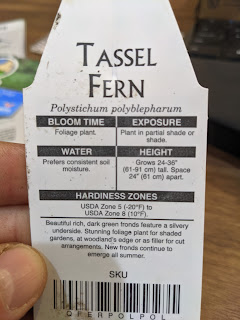 Here's a look at these ferns in their spots pre-planting. 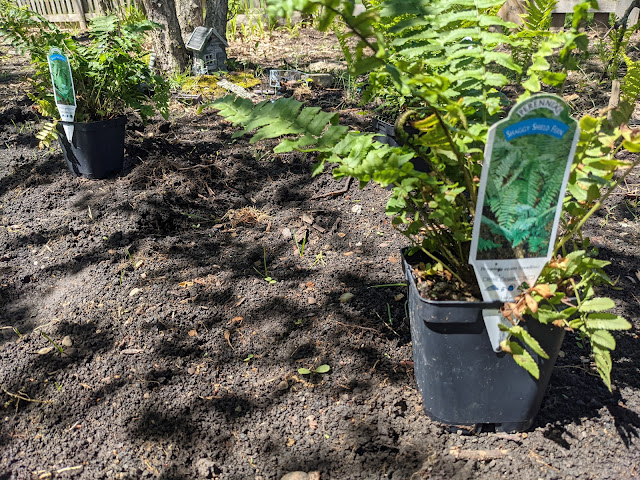 In the photo below, the blue oval shows the Shaggy Shield Ferns.  And the red oval shows the location of the Tassel Ferns.  I'll baby these with water until the mulch arrives and then will hope they get acclimated and don't suffer too much this first year in the hopes they get established and come back next Spring. 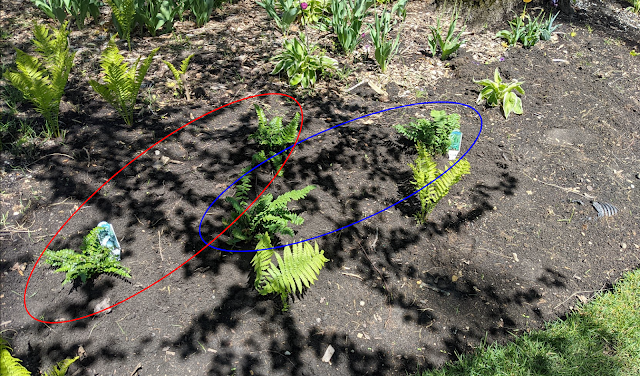