Back at our old house in Elmhurst, we had a pair of Hops growing on trellises along our fence in the backyard.  We had both Golden and Cascade Hops and I really liked how they added a vertical element to our landscape.  In our current plan, we don't have any trellises planned nor does the plan call for Hops vine in any location.  But, when I came across this REALLY full 1# nursery container of Cascade Hops (Humulus Cascade) at The Growing Place, I grabbed it and decided to figure out a good spot for this later.  Here's what the container looked like when I brought it home below - very vigorous and healthy. 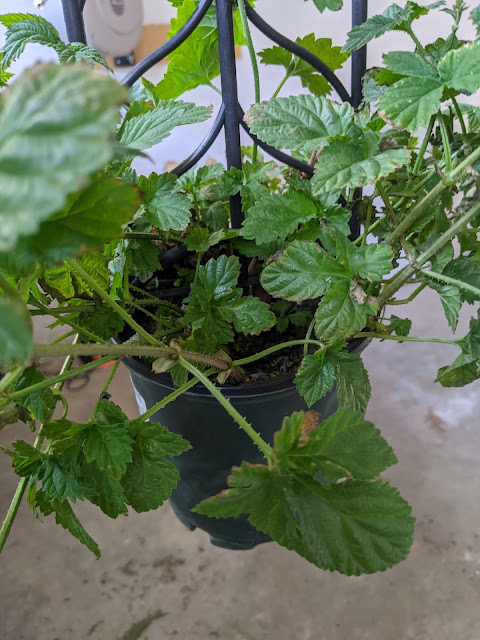 The container was BULGING - you can see it below.  And It seemed like this Hops vine was VERY root-bound.  So, it took some time to get this thing out of the container.  And when I did, I had to trim up some of the roots to get it from strangling itself. 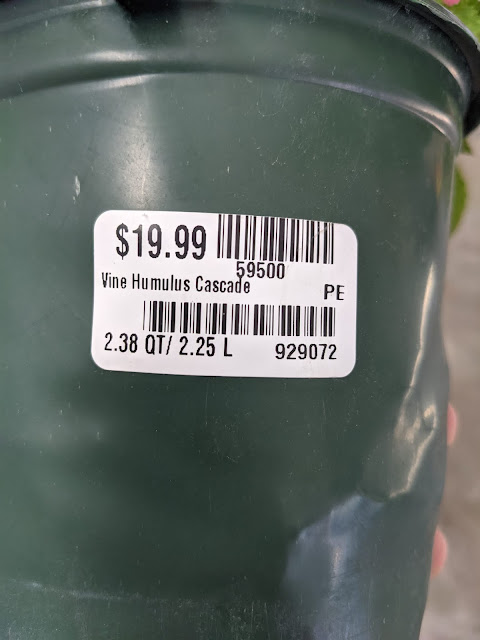 As for the location, you can see below what it looks like after being planted for a day or two.  Within the week (after planting), this thing suffered quite a bit of transplant stress from disturbing the roots.

I planted this in early June, despite posting it in early July.  By the end of the month, it had recovered and was putting off some new shoots. 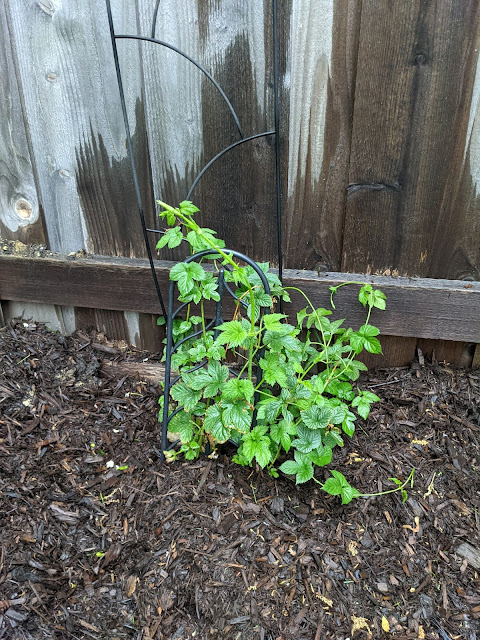 I had this metal garden object that isn't quite a trellis on hand from the previous owners, so I stuck it back there (for now) and am trying to get it to grow up the trellis for the season.  I'll look to replace it with one of the wooden ones that I had in Elmhurst.