Earlier this year, I posted some thoughts about how I could create a Block I - University of Illinois - topiary in our backyard and how I was inspired by an Etsy listing.   In that post, I did some of the layout and decided on a 4' wide and 6' tall Block I that would be about 18" thick when mature.  I've been thinking about something like this topiary for a number of years after seeing a bunch of them at a nursery on Route 12 that were (mostly) created from Arborvitae.  But, knowing we have mostly shade out back, I went through the mental gymnastics to convince myself that if I bought an 'upright' Yew, I could make the Block I topiary a go.  So, imagine my delight when I came across some $5 Fall sale Hicks upright Yews at Home Depot over the weekend.  I stuck a couple in my cart and brought them home.

I put them out in a few spots and thought about placement.  I kept moving them, walking away and viewing the pots.  I want to see it from near the patio, but also, want to think about it as a 'layer' behind some lower, border plants.  Here, below, is the location that I ended up choosing - kind of behind our largest Catalpa tree and tucked in behind the Amber Queen Epimedium that is planted in a colony near the edge.  I set them on a 45 degree angle - sort of canted towards our patio. 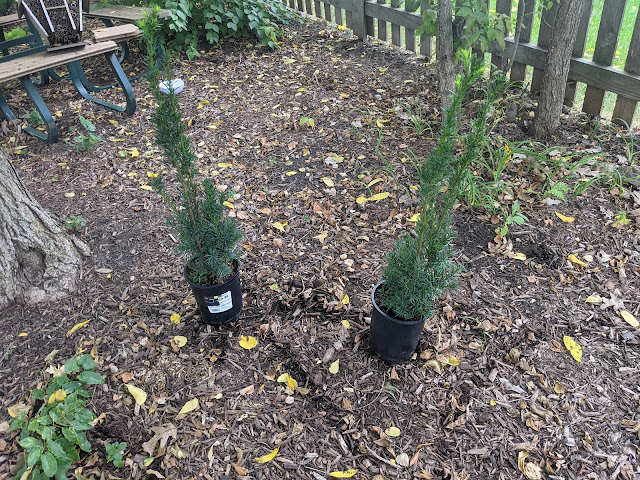 I spaced them about 24" apart on center and figure that we'll get the four foot width as they mature.
Here, below, are the two Hicks Yews planted in the bed: 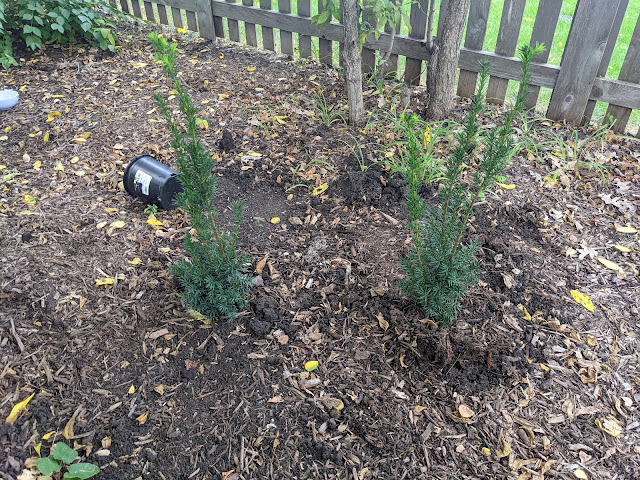 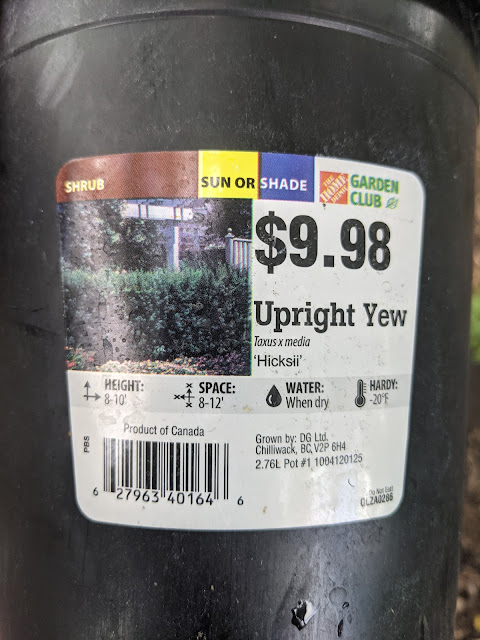 With Fall here, I'm running out of time on my 2021 to-do list.  Good news, though.  I had this item (plant the topiary using evergreens) as #24 on my list.  Done and done.
My plan is to water these in this Fall, then throw down a protective layer of mulch closer to the end of the season.  Next Spring, I'll break out the chicken wire and some stakes and get the framework set up to account for some (hopefully) new growth next growing season.
2021 to-do list backyard Block I evergreens garden diary hicks yews shade gardening topiary topiary diary university of illinois yews
Location: Downers Grove, IL, USA