It has been a number of years since I lasted added a post about a new (to me) Lionel train car to the blog, but today I'm sharing a car that I've had for a couple of years (I think), but since I just cleaned out a closet, I found it.  It is: 6-39391:  U.S. ARMY MADE IN USA FLATCAR.  The listing on Lionel says that it was from the 2016 catalog - which means that I likely received it in 2017.  The listing says that there's one of these for each of the branches of the military - this one is for the US Army.  It has a separate 'load' from the flatcar that you can see in the box below. 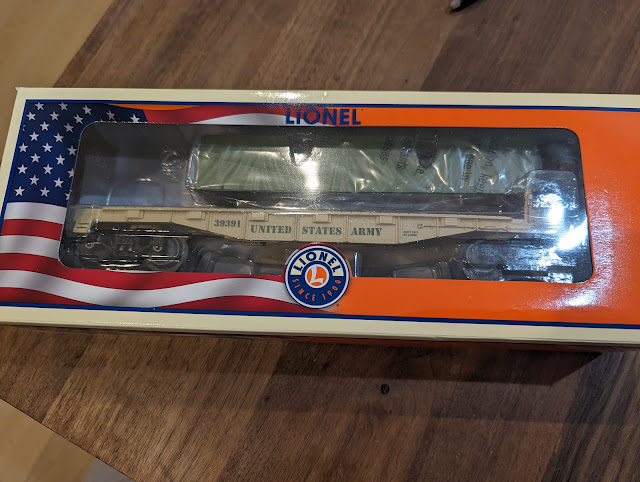 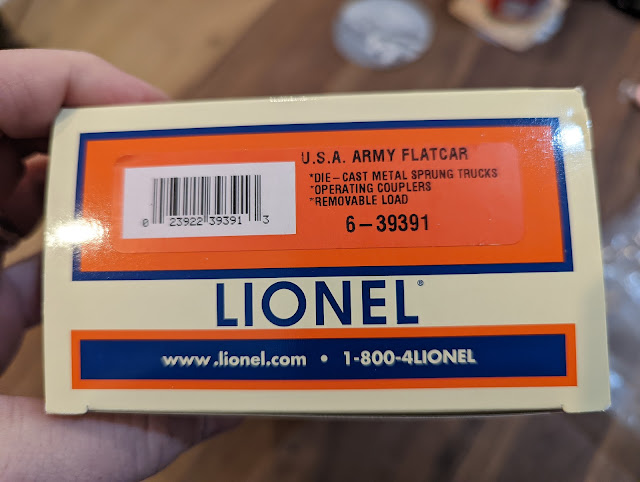 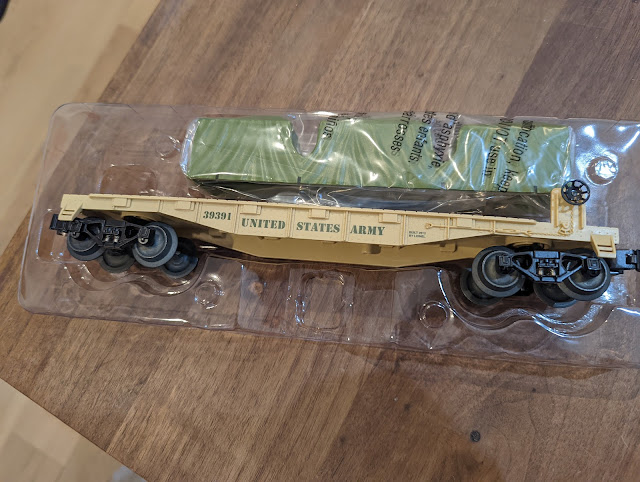 I mentioned in January that we *did* set up our Christmas train this year, but we didn't run this car.  It will go into the tubs and maybe get a shot at the layout next Christmas.
christmas train lionel lionel trains military model trains o gauge trains us army
Location: Downers Grove, IL, USA