This recent boat ride - from the Magic Kingdom to the Grand Floridian - was on aboard a new-to-us vessel:  the Calm Seas.  We love a good Disney boat ride and have done a bunch of them:  from resort to parks.  From resort to Disney Springs.  From Resort to Resort.   Friendship boats.  Motor Launch boats.  Ferries.  Pontoon boats.  But, the boat you see below in photos, was new-to-us:  Calm Seas. 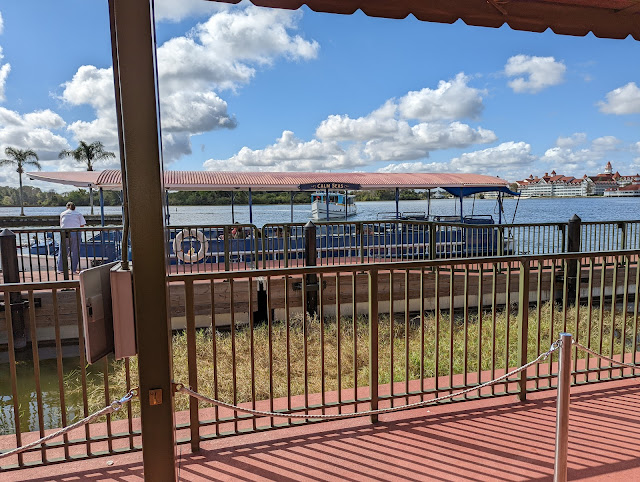 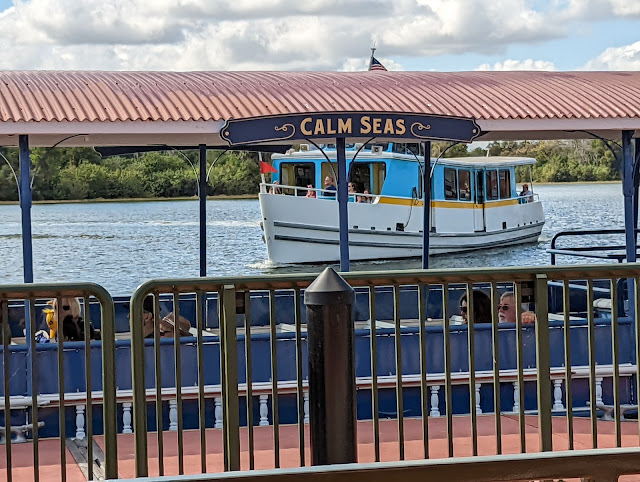 It was running on the Seven Seas Lagoon, so that had me wondering...what was the story with the boat?  Turns out, it is repurposed boat from Animal Kingdom.  Via Wikipedia, we discover (get it??) that the once-used Discovery River Boats ride was in service for about 18 months and closed in 1999.  Two of the four boats have stayed at Animal Kingdom.  But, Wikipedia tells us about the Calm Seas and how it was relocated.  With another boat:

Two of the boats were later moved to the Magic Kingdom resort area on Bay Lake and the Seven Seas Lagoon, where they were repurposed for a pirate-themed fireworks cruise. The names of these two boats have been changed to “Calm Seas” and “Fair Winds.” They were also repainted to better suit their new role.