Most all of our other grasses have woken up already.  But, up until the last few days, I was worried that we had lost the one Prairie Winds Totem Pole Switchgrass that we have planted in our front yard.  It is kind of 'behind' the Norway Maple.  I bought it from the Morton Arboretum Plant Sale last Spring.   By early August, it was putting on some growth, but certainly didn't live up to its billing:  super tall.

Later in the month, it was able to withstand the heat of August and be in fine shape.

But, all Spring, there was NO Activity.  Not a single blade.  And then...we had a heat wave.  Last week, the temperatures were in the 90's all week.  And guess what?  That pushed everything along.  Including this Totem Pole Switchgrass.  See below for how it looks in mid-May: 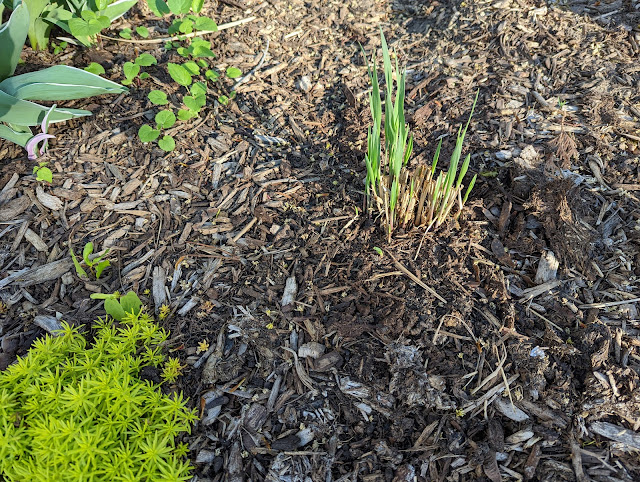 Oh...and see that Lemon Coral Sedum?  It is back for another season.  Groundcover is on my 2022 list, so I should think about more of this, right?