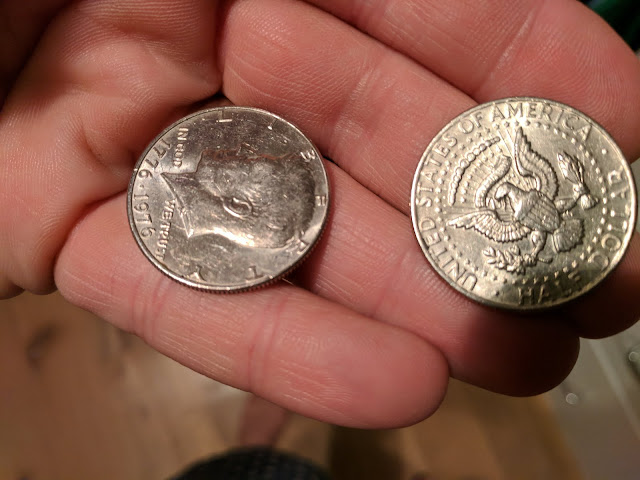 We spent a recent Saturday at Notre Dame Stadium watching the Fighting Irish with Nat's parents (both ND grads) and to answer the first question:  yes, I wore an Illini football shirt.  A little different than I did with my big orange sweater back in 2011.  This time, I covered it up with a blue sweatshirt.  No one was the wiser, I guess.

And while I bleed orange and blue, I will be the first person to tell you that there isn't very many better football 'celebrations' than what they pull off in South Bend.  And that's the part of the game that I like the most:  the circus that surrounds the game.  We arrived a few hours before the game and made ourselves comfortable at a few different tailgates and drank Michelob Ultras and downed a few hotdogs.  Then, it was in the stadium for me.  I wanted to see the warm-ups.  I wanted to see the punters and long snappers do their thing.

If you ever wanted to read more about MY experience as a punter - as a player on the Illinois Fighting Illini football team in the late 1990's or as a coach with the Elmhurst Bluejays in Division III, check it out here.

And I wanted to see all the on-field activities.  I'll post some photos from the game (we had awesome seats!) in another post, but I wanted to call out one particular set of details that stood out.  From the moment that I had my ticket scanned and the usher took my ticket and greeted me with "Welcome to Notre Dame" to these coins that I was given as change from the reasonably-priced concession stands, they make a trip to the stadium memorable.

The coins, though?  Isn't that a neat little move?  Makes it easier to give out change when most items end in $0.50, but also, adds a little bit of flair to the whole thing, doesn't it?

I like to carry two dollar bills in my wallet - for tips or for neighborhood kid lemonade stands  - but maybe I should add some fifty cent pieces to my pockets, too?