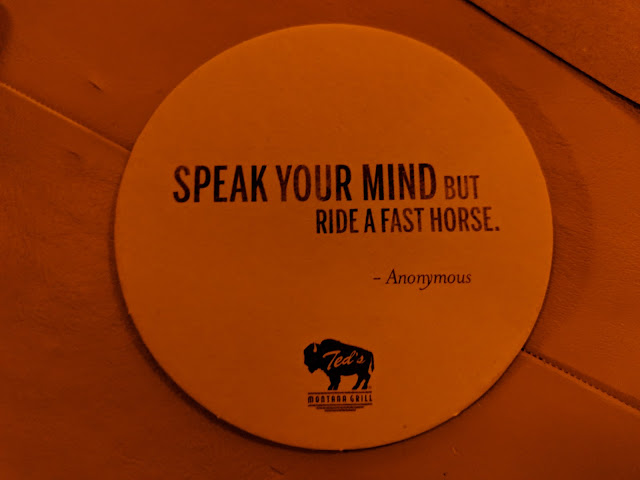 If you've followed along, you know that I adore Ted's Montana Grill.  But now, with this coaster featuring an anonymous quote, I've now enshrined Ted's with three coasters in the [Coaster Collection] here on the blog.  I picked this photo up on a recent visit to the Bolingbrook Ted's.

The first Ted's coaster was this one (the second ever in the collection) from March of 2015.  The second Ted's one was from December of 2015 featuring a John Wayne quote.

With three, Ted's comes in a strong second place - only behind Disney World - which has seven coasters in the collection.
coaster collection coasters Ted's Montana Grill