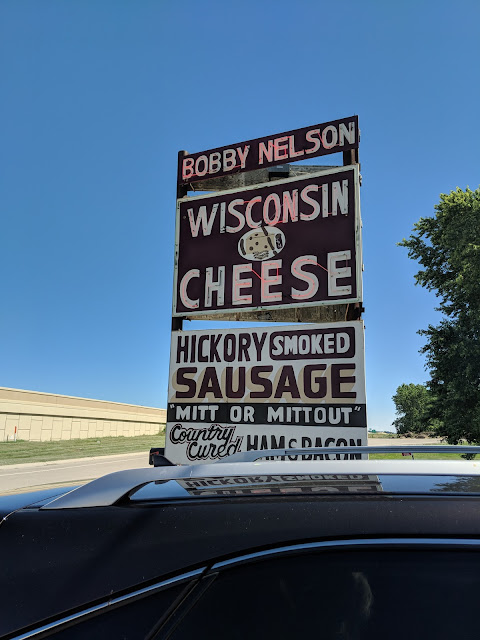 Like a lot of you guys, we're fans of Mars Cheese Castle.  We make a trip there a few times a year and - of course - come away with a crock of the King of Clubs club cheese.  Turns out, there's a place that lives in the shadow of the Mars Cheese Castle that has decided to take a different tact towards succeeding:  Mars has gone big.  Bobby Nelson?  He's stayed small.

If you've listened to Steve Dahl for any period of time, you might have heard him talk about Bobby Nelson's.  I convinced Nat (and her folks...Dahl fans!) to make the 25 minute drive over to the cheese shop to check it out.

Bobby Nelson is a former wrestler (wrassler) who had the move the "full nelson" named after him?!?  Kinda awesome.

Below is the shop.  If you look closely at the right side of the pic, you can make out one of the turrets of the Mars Cheese Castle.  They're like 300 yards apart. 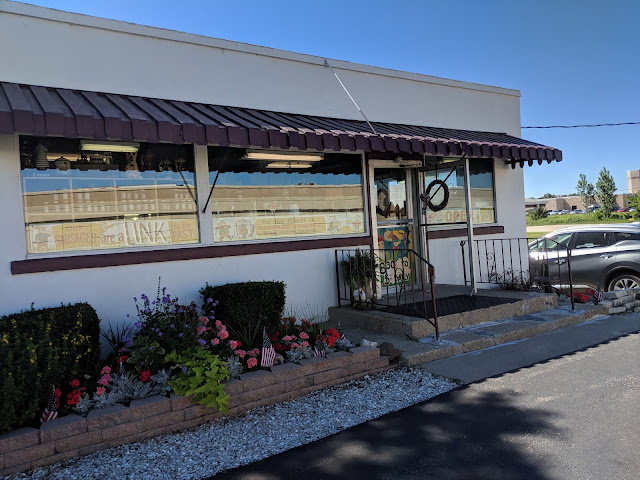 Inside, this place is awesome.  Sausages on the counter.  Hanging from a rack.  In the bak, right above the counter - in between the freezer and the cash register you can see the sign for their Landjaeger sausages.  I picked up a couple of pairs of them.  I didn't love them.  A little too...ummm... fresh.  I guess my tastes aren't ready for the real deal Landjaegers.

The ladies who were working there were real deal Wisconsin'ers.  This review from Yelp sums it up well:


A real-live, hey-der-ho-der-turnin'-cold-soon upper midwesterner told us that "awww, Bah-bee's got da most delicious cheese curds, doncha know!" We checked it out and it was indeed pretty darn great. We started by buying a 1 lb. bag of cheese curds and a summer sausage. We'd open the bag on our kitchen counter, and our two little boys would grab one as they came and went around the house. A bag would last about an afternoon at most. So, we upped our buy to a couple bags and those didn't last much longer. 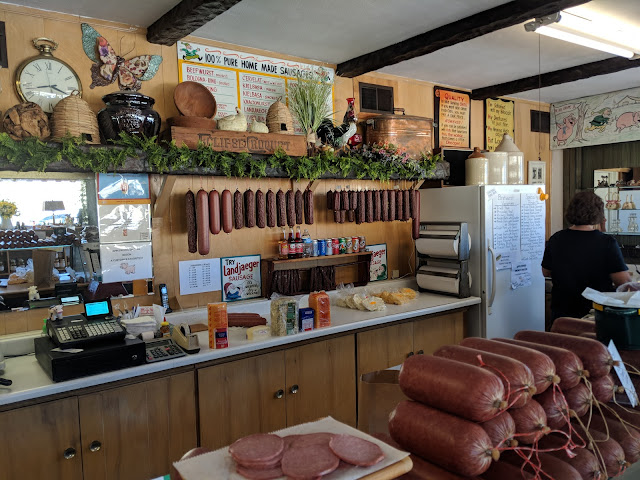 In the counter they, of course, have curds.  We bought a couple of packages to go with the sausages and brats (which...my father-in-law said was one of the best brats he's had!) 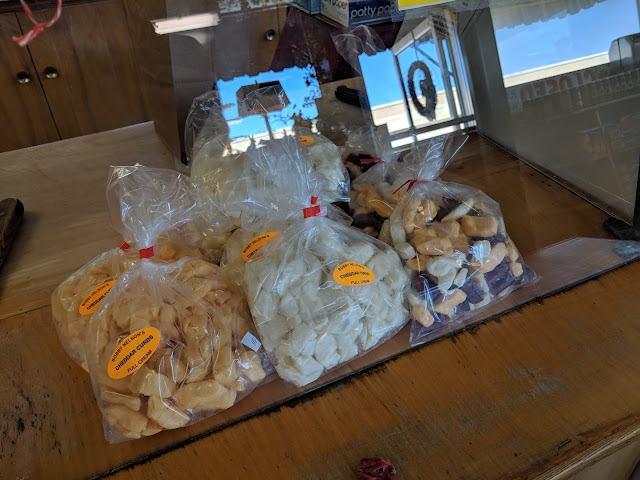