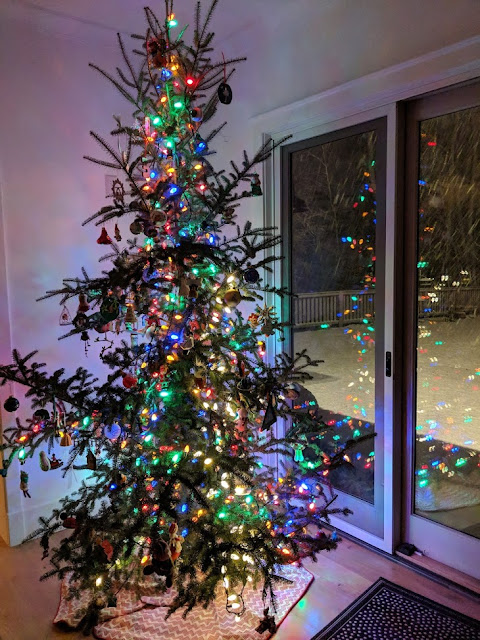 Oh Christmas Tree.  Oh Fraser Fir Tree.  This year, we went back to the Fraser Fir for our family room tree.  Or at least we *think* it is a Fraser Fir.  This tree is just about ten feet tall and just barely clears our ceiling.   Here (below) is a photo of me installing the tree into the stand (the Krinner XXL stand) to give you a sense for the scale of the height of this tree. 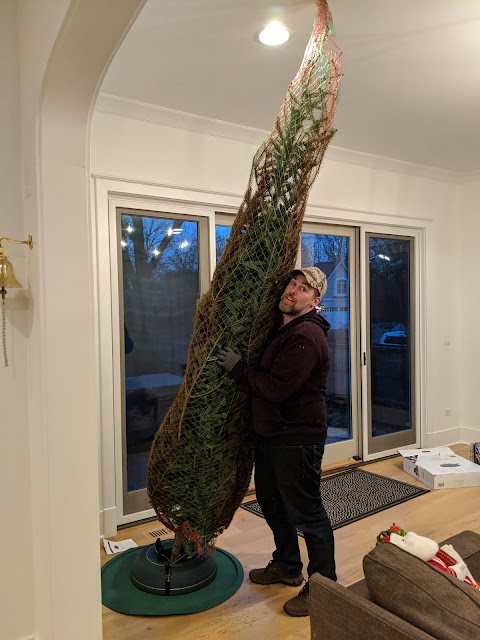 Just like last year, our Christmas tree sits in our Family Room - in a corner near our patio doors.

Also like last year, we have two trees this year again, but I'll get to the other tree in a separate post.

I've posted about our Christmas trees since 2010.

In reverse order, the tree variety we've bought has been:

That's ten trees that I've posted about on the blog.  Three of them were Douglas Firs.  Seven were Frasers.