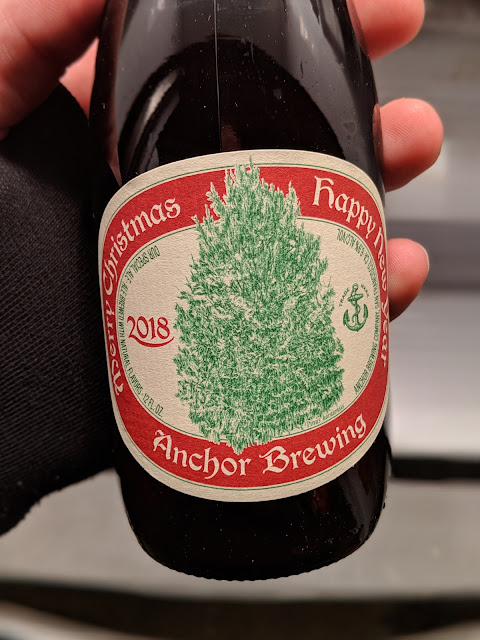 Over the years, I've posted photos of the bottles of Anchor Brewing's Annual Christmas Ale here on the blog.  Nat's brothers are beer people and they've been seeking this stuff out every Christmas season for as long as I've been a part of it in Naperville.  So, when we arrive for Christmas Day there's always a few six packs of the annual Christmas beer in the basement fridge and every once in a while, there's even a magnum of the stuff.

This year's bottle struck me as different:  much more red in the label.  You can scroll through all the labels here on their site and see if you agree with me on the red.  1982 gives this year a run for its money in terms of the outer red band, but in terms of recent runs, this one clearly has the most red on it.

The tree on this year's label is a Korean Pine Tree.  From the Anchor Brewing site:


For the 2018 release, Stitt created a brimming Korean Pine Tree for the label. Native to both North and South Korea, the Korean Pine Tree is a symbol of peace and a reminder of the spirit of the season. It flourishes in the picturesque botanical gardens just north of San Francisco, Anchor’s home base. 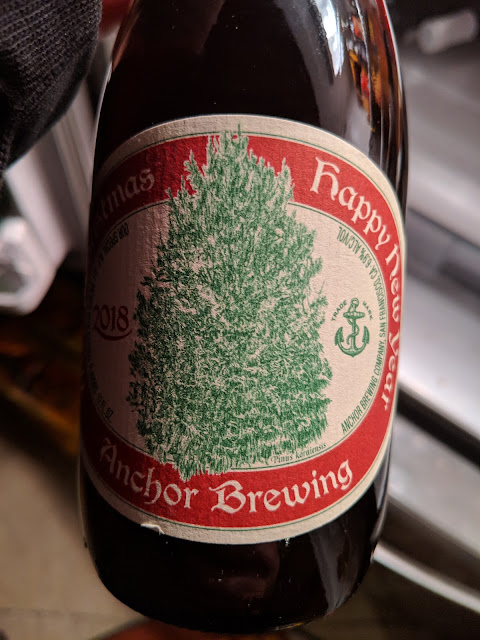