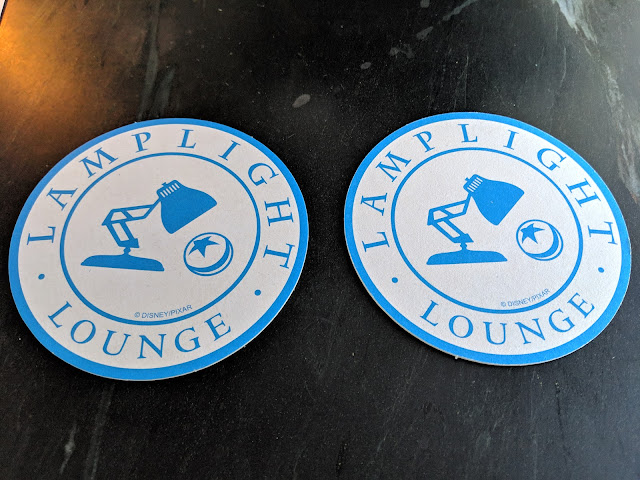 Just to make things simple here for the record keeper at the 'official' coaster collection archives, I'm calling this just one coaster.  You can see a bunch of coasters in the photos of this post and one side of them are all different, but just to keep things simple here, let's call this one coaster.

And that coaster is pretty neat:  it is from the new (at least kinda new) Lamplight Lounge at Disney California Adventure.

As I've posted over time, we're lounge people when it comes to Disney parks and dining.  After taking some advice from Pam at the BoG Podcast, we've sought out more and more lounges.  They don't require ADRs and you can get pretty good food in an atmosphere that we can enjoy and the kids can tolerate.

This place - the Lamplight Lounge - is called a 'lounge', but it also takes ADRs.  Or at least reservations via the Disneyland mobile app - which is a bit different than WDW ADRs.  But, you get it, right?  Also, the food is a bit *more* here than the usual lounge fare.

Per the Disney Parks Blog:


There’s a hot new spot coming to Disney California Adventure park! Located at the entrance of Pixar Pier, Lamplight Lounge will be a stylish, fun place to hang out with the whole family. The lounge will be serving up playfully presented California casual gastro-pub cuisine and unique signature cocktails.

The Lamplight Lounge opened last Summer, so our trip earlier this year was our first chance to try the place.  The setting is really great - we sat out on the water in the lower level and had both heat lamps pointed at us and a fireplace table.  For a January evening, that was more than enough to keep us cozy.

Now, about this coaster:  the front side is the same.  It features the Pixar Lamp that you can see at the very top of this post.

The flip side, however, are all different.  Here's four of the different ones we were given by our waiter: 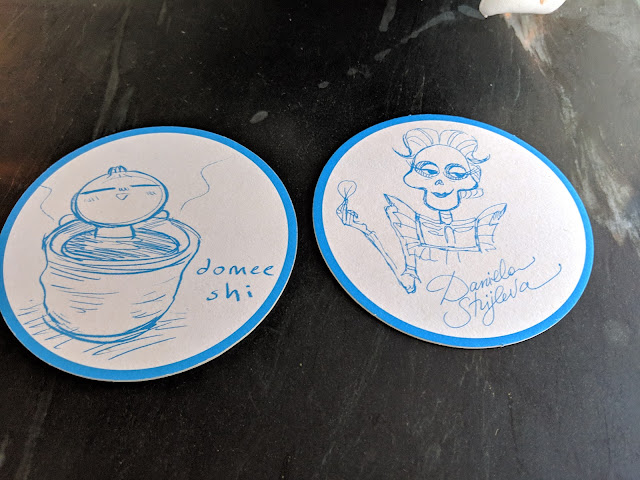 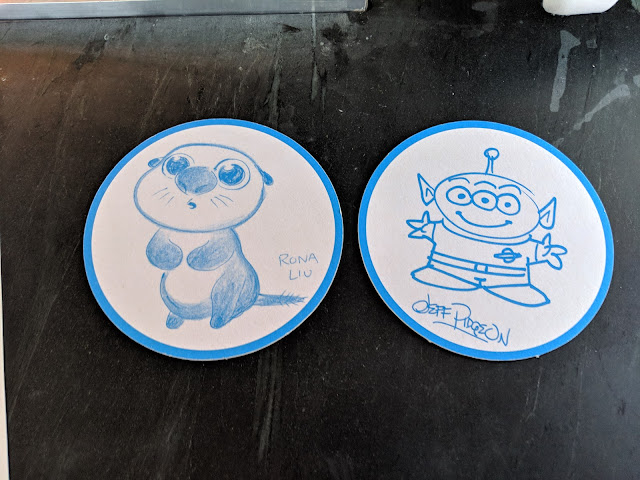 According to "Dan the Pixar Fan", there are six total in the collection.  So, we were able to get four out of six.  Not bad!  (Technically, there's seven because there's a 'blank back' one.)

Looking at the photos, we have the dumpling from Bao, the otter from Dory, Mama Imelda from Coco and the alien from Toy Story.  We're missing Mr. Incredible and the one from Up.

So, four coasters here.  But just one in the 'coaster collection'.