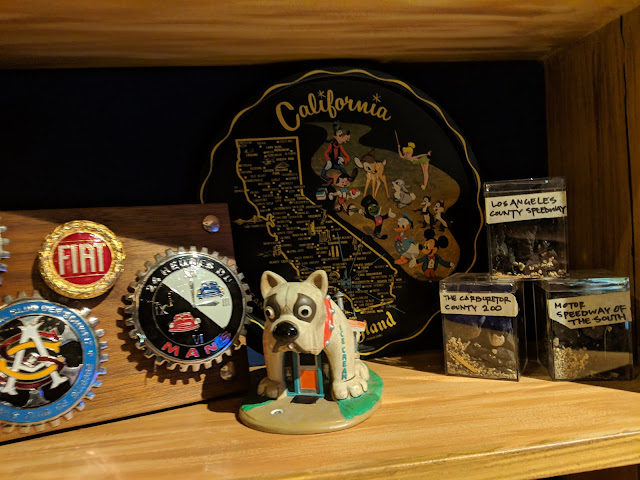 Back last Summer, I posted a 'one that got away' about a vintage Disneyland drink tray that I came across.  It was white, but had the state of California and a bunch of characters.   I admired the tray, but quickly realized that I can appreciate it without actually having to own it.  Besides...there are really just a handful of times a year (for us) that we could actually use a tray like this one.

But then....we stopped into the Blue Sky Cellar.  It is in Disney's California Adventure and included a bunch of models and Imagineering stuff.  There are interactive cards to fill out, a video to watch and artifacts to gaze over.

They bill "Blue Sky" as the first step in the Imagineering process. 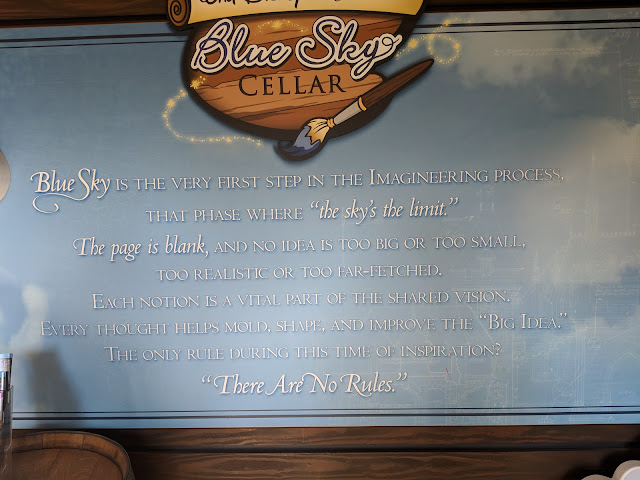 In amongst the artifacts was that black Disneyland beverage tray that you see at the very top of this post.  I'm certain there were a bunch of iterations of the Disneyland tray, but now we know of at least two of them.  While my initial thought was to adore the white version, now that I've come across the black one, I'm thinking it is the top choice.
disney disney california adventure Disneyana Disneyland Resort Imagineering vintage disney
Location: 1313 Disneyland Dr, Anaheim, CA 92802, USA