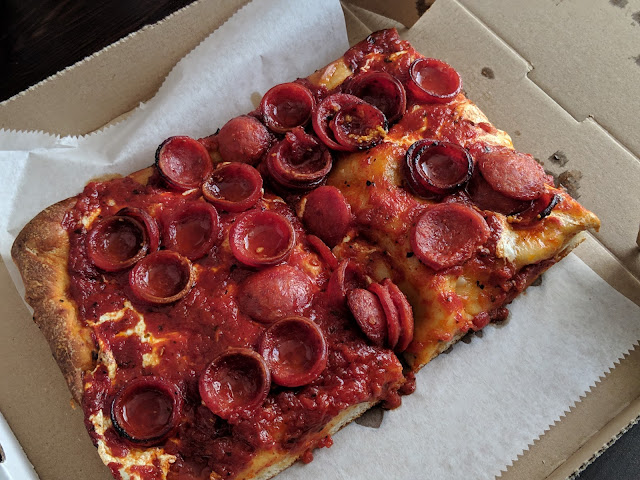 I think I've disclosed here on the blog about how my favorite Instagram handle is @ronicups.  As in Pepperoni Cups.  They curate and post photos of pizza that features cup-and-char pepperoni.  Or "Grease Chalices" as Adam Kuban calls them.  I've written about Kuban before here on the blog.

He coined the term back in 2005.  But Cup and Char Pepperoni has only become quite vogue in the past few years and I just covered the concept here on the blog back in November when I bought some online.

Where I think I would point to as the 'touchstone' #ronicup pizza is the square from a place called Prince Street Pizza as it became "pizza famous" because of the photos of what they call the "Spicy Spring" that were showing up on Instagram.  Just look at the @ronicups handle and you'll see many pics of the square.

So, imagine my delight when I found an hour in the late afternoon on a recent trip to the Edelman office in SoHo where I could wander over to Prince Street and beat the dinner lines to grab a couple of squares.

It was pretty good - nice crunch and plenty of pepperonis, of course.   "Nice cups", as they say these days.

I prefer a heavier hand with the cheese, but they seem to use a combo of fresh mozzarella and part skim?    But totally worth it from a pizza tourism perspective. 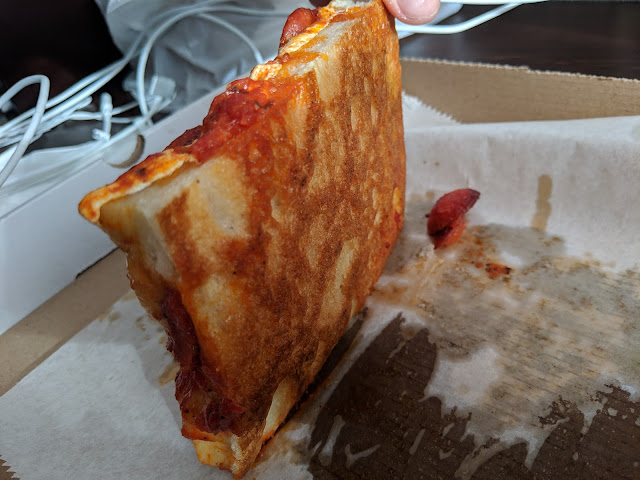 So...was it great?  I dunno.  I was fun to experience and worth getting.  But was it transcendent like the time I had at Buddy's in Detroit?  No.  Would I go back again and get another square or two?  Yes.  Will we see this pop up in Chicago as a trend (spicy square with tons of 'roni cups)?  You betcha.
ny pizza nyc pepperoni pizza pizza tourism soho
Location: 27 Prince St A, New York, NY 10012, USA