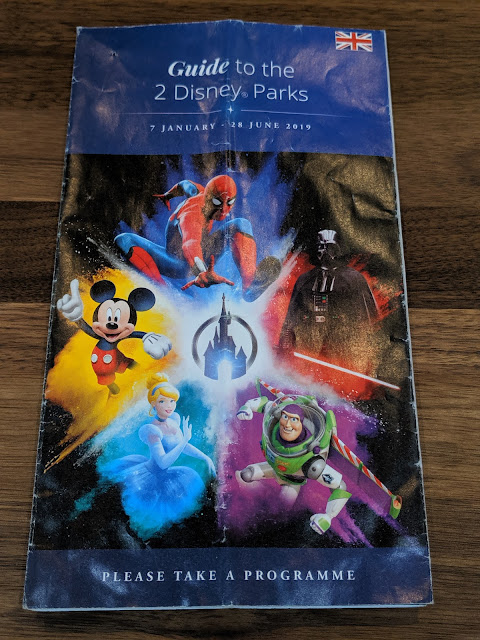 I've posted some Disney Parks maps on the blog here over the years.  Mostly for posterity sake and because the parks have been doing a nice job of tailoring the maps to specific windows in time.  Most recently, I shared this Tokyo DisneySea map and guide that celebrates the 35th anniversary of that overall park.  And earlier this year, I posted a holiday-themed parks map from Disney California Adventure and a similarly-holiday-themed one from Disneyland.  And here's one from a Halloween-time Mickey's Not So Scary Halloween Party.

Today's post shows off a map (or as they call it a "Guide to the 2 Disney Parks" at Disneyland Paris.  The cover shows the dates of January 7th --> June 28th of this year and features some legacy Disney Parks characters (Mickey the Mouse, Cinderella, Buzz Lightyear) and the two new, shiny objects:  Marvel (Spiderman) and Star Wars (Darth Vader).

Inside, there's a double-sided map.  First for Disneyland Park - which is laid out just like Disneyland/Magic Kingdom/Tokyo Disneyland.  There are a few neat things that I'll post about later regarding this park, but the map does a good job of showing the hub layout. 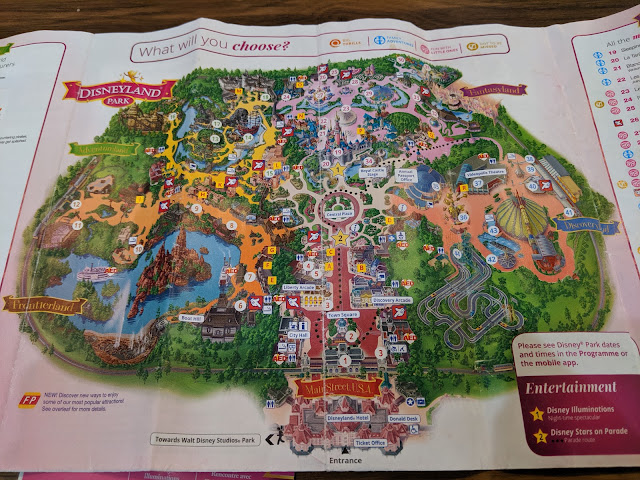 The other side is a map of Walt Disney Studios.  This park is...ummm...well, I'm not sure.  We spent like 2 hours in this park and that included an hour in the queue of Ratatouille while the ride was broken. 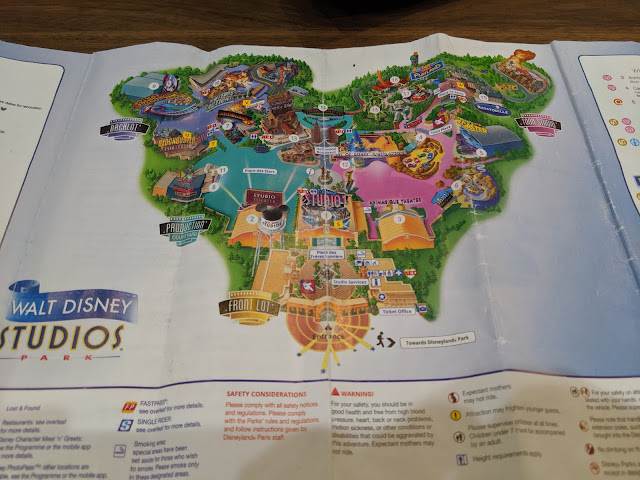 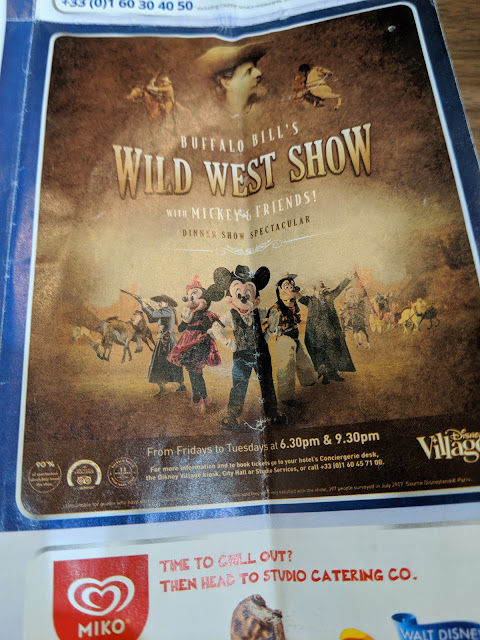 And...this is (normally) pretty great:  Disney Parks are smoke free.  But Paris being Paris, they still have their little smoking areas.  Just like it used to be at Disney World in Florida where you have to wade through the smoke to get to your destination. 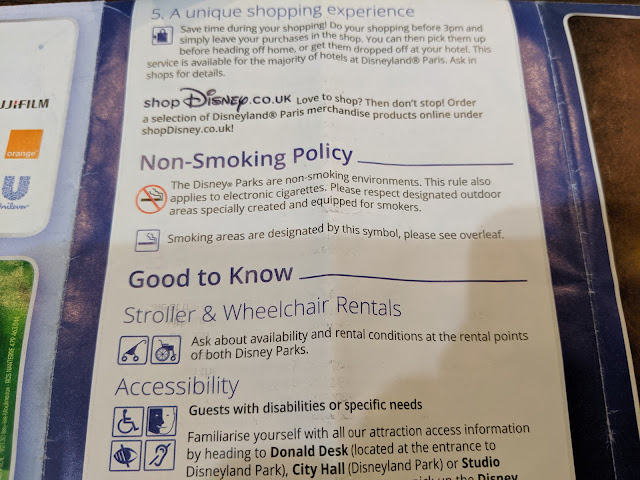 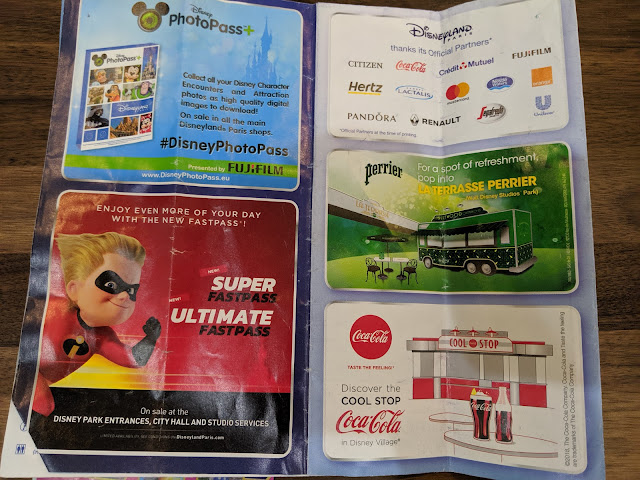 Oh...and you're not surprised that we went to both parks, right?  I'll post more about the visit in the coming days.  It was a lot of fun, but without the kids, I think both Nat and I both agreed that some of the magic was missing.