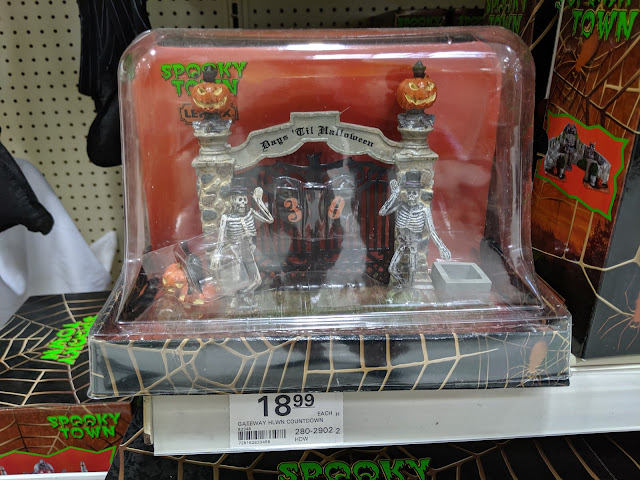 As I mentioned in yesterday's post about the haunted bandshell from Lemax's Spookytown, Menards has a bunch of new (to me, at least) items in the Halloween Village.  Again....to be clear:  there's been a revolution and the Mayor of Mantleburg has been thrown out and the locals have opted to be annexed by other Villages.  Mostly by the Village of Craigslist.

This isn't quite a building and isn't quite a figure - in the Lemax world.  It is technically classified as a 'Tabletop Piece" in the Lemax site architecture.   And, I think that's justified.  Menards had this Gateway Countdown featured *inside* of their SpookyTown setup - you can see it below: 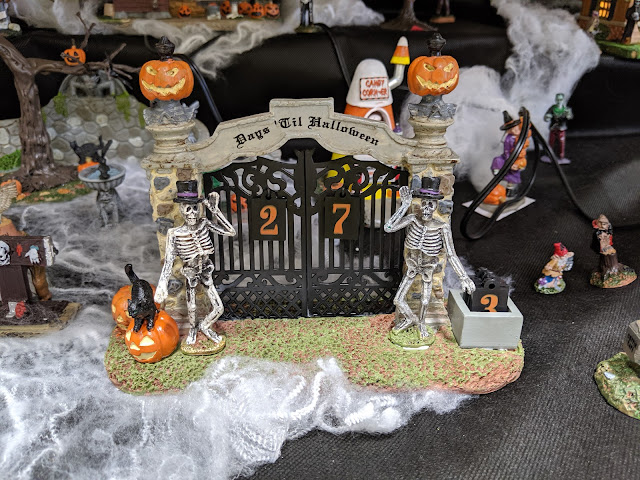 This is also released new this year.  The product page can be found here on Lemax's site.  Alas, besides posting here on the blog, there won't be any Spookytown around Mantleburg this year or in the near future.  Perhaps that revolt will last a few seasons.
halloween halloween village lemax mantleburg Menards Halloween skeletons spooky town