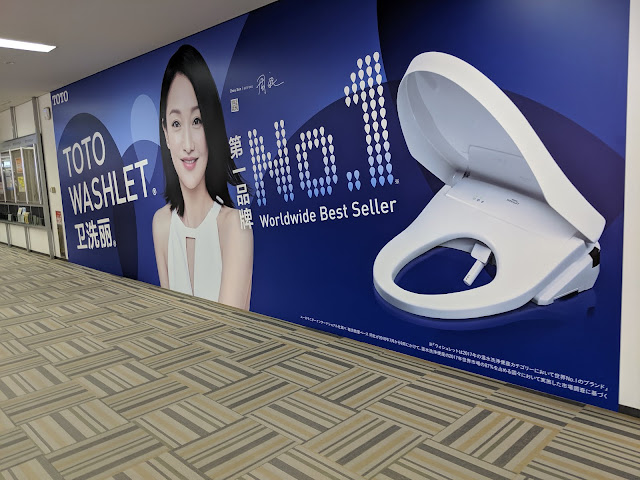 I've posted a few times about Japanese bathrooms here on the blog.  Actually, I've posted about toilets in general a few times - which, I suppose is weird.  But, not that weird?

The oldest toilet-related post was when I was first exposed to Japanese-style toilets at Google in 2011.  That same year, I marveled at a toilet that Menards was selling that claimed it could flush a full bucket of golf balls.  Yeah...full bucket!

Then just this year, I shared the functionality of the toilet I came across in Tokyo that played bird chirping noises to sort-of, umm, muffle or suppress or combat whatever noises are being made.  And most recently, I posted a photo of a child-restraint made by Toto that is in the corner of a public restroom that you can strap your child in while you go about doing your own business.  I've been so moved by my experiences with Totos that I had one installed in our house in Downers Grove.

Today, I'm continuing the celebration of toilets and Japanese toilets by showing off this airport ad from Narita Airport in Tokyo.  Awesome, right?