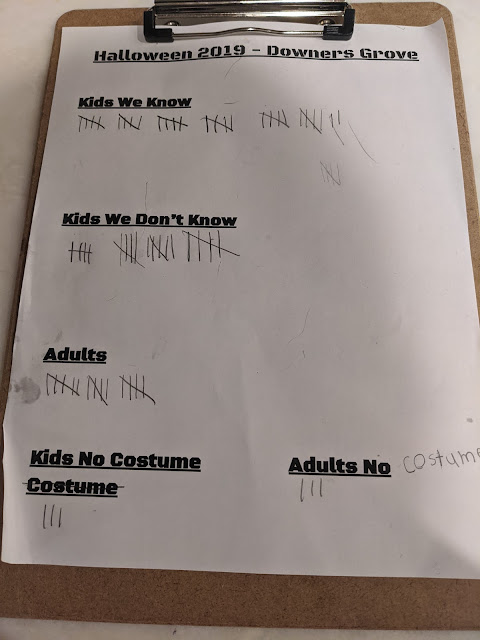 Last year, we had 24 total.  All kids we knew.  And that was a pretty sad number.

I think it is safe to say that these numbers are in dispute.  For sure, the numbers in the red circles below, I think we can just simply throw out.  It was snowing like crazy and we don't live in Elmhurst any longer so there were no Adults and no babies out there like there have been in some years. 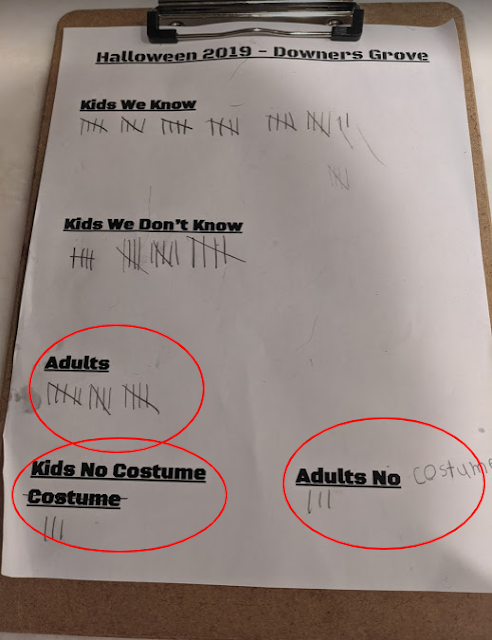 That seems plausible.  We did the whole 'bowl on the front porch' thing when we were out, so there's no counting those kids.  But, like we do every year, Nat has a little party at our house after trick-or-treating and there are more than a dozen kids that come over for that.  So, with that 15 or so kids accounted for here, that brings our total to about 35 or 36 'other kids'.  That passes the sniff test.

We have three years now of Downers Grove Data:

In addition to counting the numbers, I guess I should also start tracking the weather.

Here's The Bird as Hermione in the snow to document what Halloween 2019 looked like. 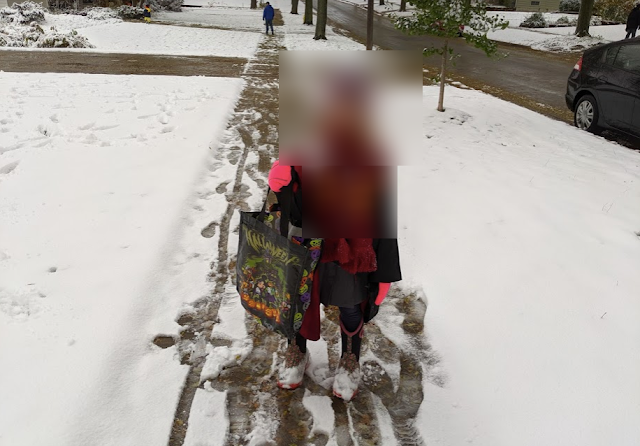 Alright...now to get the numbers down:

*2019's numbers are under dispute. Note: Some have been thrown out and the 'on sheet' total lowered to be closer to accurate.