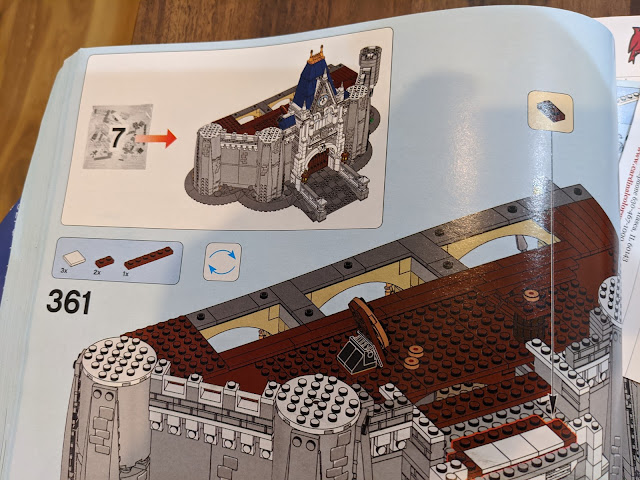 Last Summer, I posted about how we were kicking off a new LEGO build of the Walt Disney World Cinderella's Castle with the kids.  In that post - dated July 9, 2018 - I mentioned that we had started the project seven days prior (July 2, 2018) and talked through how we had encountered some trouble with the early steps in the build due to lost parts.  One of the kids received this as a birthday present a year or so ago and I made the mistake of putting the big LEGO box in the room with the rest of the LEGOs at our house.  With young, curious kids around, they couldn't help themselves and opened the box to look at the parts.  That lead to opened bags and, ummm, missing parts.


Also, Step 3 is where we already ran into trouble. Why? Because why wouldn't a seven year old who has this Castle set in her bedroom for seven months open up bag one and tinker around. The only problem? When we sat down to do it together, we had to scavenge together parts from bag one that were littered across the various bins. In some cases, we swapped in wrong color bricks. Or two smaller bricks to make up the composite of a larger, spec'd one. We're getting it done and I figure since most of this is the substructure/undercarriage, the colors don't matter so much because they'll be buried underneath face bricks.

Fast forward to Thanksgiving break this year and we pulled out the Castle build from the closet and decided to add some pieces to the castle.  We got to step 361 that you see in the photo at the top here.  Where it calls for "Bag 7".   Below shows the state of the build at Step 361:  The first floor of the castle is mostly done, a couple of rounded turrets are stood up and the front entrance is built out.  Next up:  the ornamental details of the second level including the large stained glass window and the clock on the front.  The problem?  Bag 7 is nowhere to be found.  Like...not even the 'opened and partially spilled out' kind of Bag 7 where I could assemble the parts from other LEGO sets.

Nope.  Not a brick or even the empty bag was present. 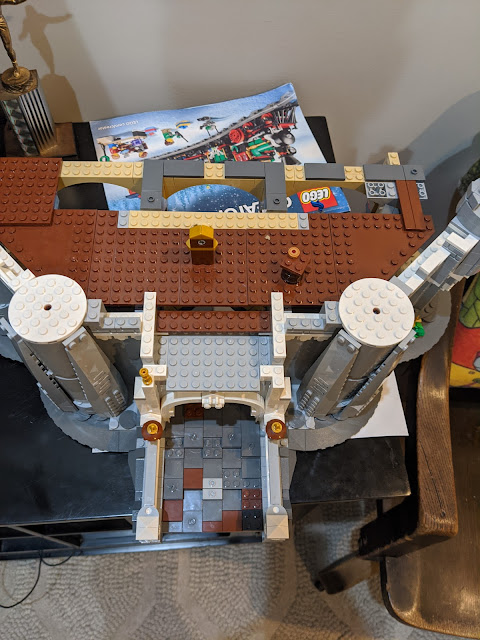 That made me wonder:  was this a result of the kids taking bag 7 and spilling it out?  Or...was this bag missing from the start?  I decided to look around the various LEGO bins of spare parts to see if I could come across some of the pieces.  Take a look at the photo on the cover of the book:  See that clock?  And that stained glass window piece? 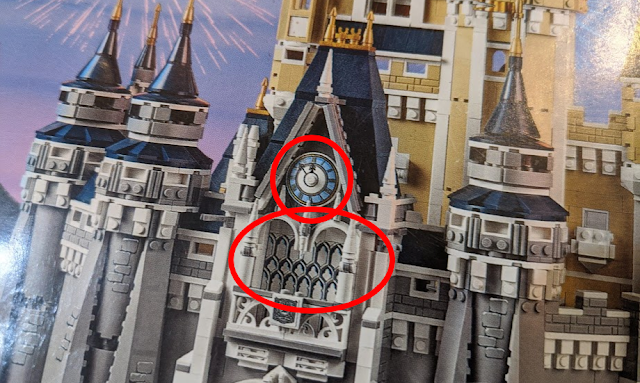 Those are some pretty distinctive parts, right?  If they were around, that means that the bag was, indeed, opened.

But...after looking, I found neither.

So, I went looking at LEGO's site to figure out if I could order the parts.  I found this page called "Bricks and Sets Replacement Parts".  They have a form for 'missing bricks' that you can fill out and tell them what you're looking for in terms of parts.

I went off and filled in the form.  I told them that I wasn't sure if the bag was genuinely missing or if my kids misplaced the bag.  I included a couple of photos to show them exactly what I was missing (photos of the book and the build) and mentioned that I needed the entire bag 7 and that I was happy to pay for it, but would need them to tell me what the cost of the parts were.

LEGO customer service responded within a couple of days and asked me for the 'batch code' on the box. It is 4 or 5 digits long and made up of 2 or 3 numbers, followed by a letter and then another number. For this large Castle set, the code was on the tape sealing the box.

I sent off my reply with that batch number.  And a couple of days later, I received an auto response that said:  Your LEGO parts have shipped.

About 10 days later, I received a little package from LEGO with a letter and the entire contents of Bag 7 of the build. 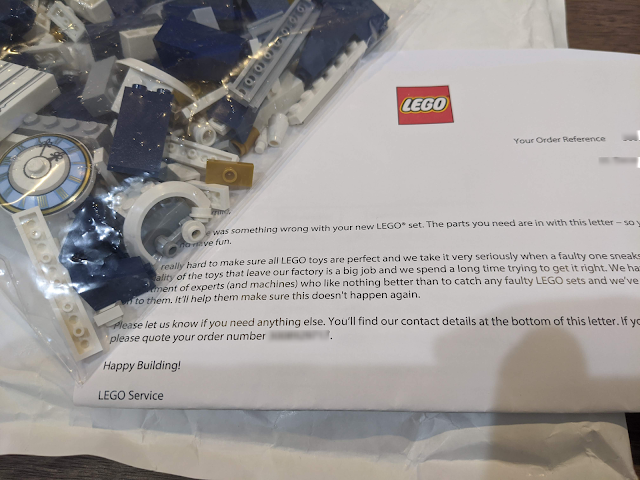 Now, as we bunker down for a dark and difficult January, we can work on this build.  Thinking we can get it done under the one year mark.
castle customer care disney disney castle kids lego walt disney world
Location: Downers Grove, IL, USA