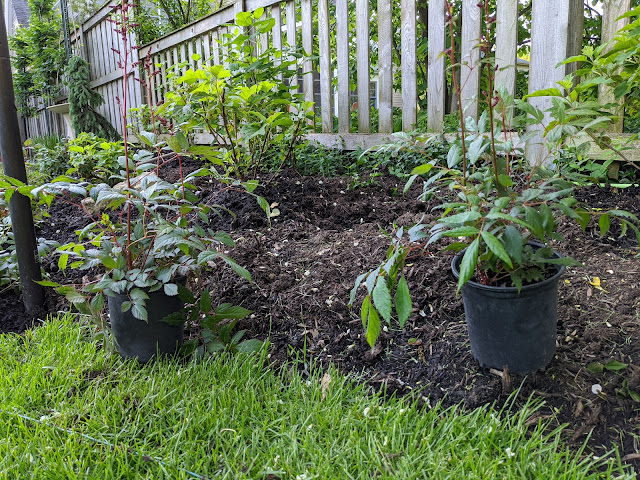 My top backyard priority was to get the southern fenceline planted with a series of new perennials.  Back in February, I called it "Priority Area #1" and showed a schematic of what would go where.  You can go back to that post and see a photo with a sketch on top of it showing a "head-on" look at the area.  Below, you can see a portion of the landscape plan that was developed that shows the plantings here.  You'll note that it calls for bookend'd Summer Beauty Alliums, a series of Alice Oakleaf Hydrangeas and a strip of Fanal Astilbe up front.  On the far right, you'll also see the esaplier'd Lindens and they show something as "Existing", but I don't know what that is because there really wasn't anything in that spot when we built the house. 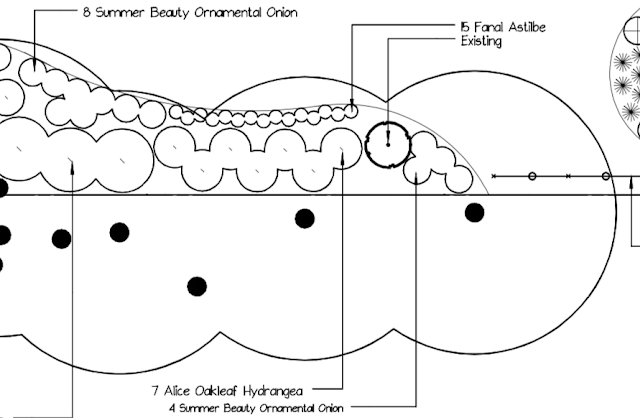 I also posted about how I wanted to add a larger Canadian Hemlock tree or another columnar tree to this area, too.  But, for the perennials, that's the list.

I've shared photos of the first set of Allium that I planted in May when I planted the four on the right side of the plan.  I actually planted them a little shifted to the right - straddling the first of the Lindens.

And a few days ago, I planted the seven Alice Oakleaf Hydrangeas.  Well...five large ones and two "Munchkin" variety.

Today's post is showing off the third piece:  a series of Fanal Astilbes.  I bought twelve (12) of them - despite the plan calling for 15.  That's all that we were able to source at this point.  You can see that the plan calls for them to be planted in a row - right in front of the new Alice Oakleaf Hydrangeas.

At the top of this post, you can see two of the twelve in their nursery pots.  And below, is one of them planted in the ground with the red flower stems shooting upward. 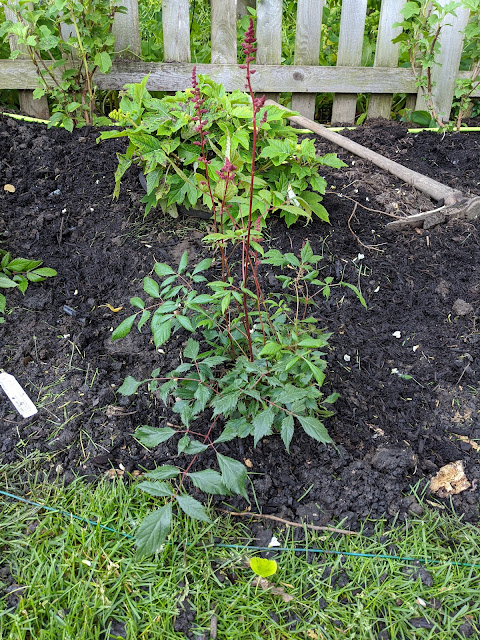 What is a Fanal Astilbe?  Monrovia describes it this way:

Couple of key pieces of information in there including "color in shaded areas", "light, airy quality" and "Gorgeous in mass plantings".

Most of our yard in back is in shade for the majority of the day - either full or dappled shade, so getting some color back there is difficult. 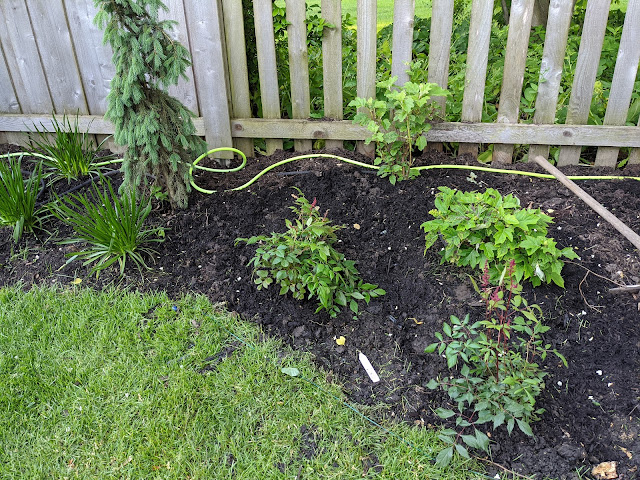 Below you can see one of the flowers shooting straight up in the air before I planted the rest of these perennials. 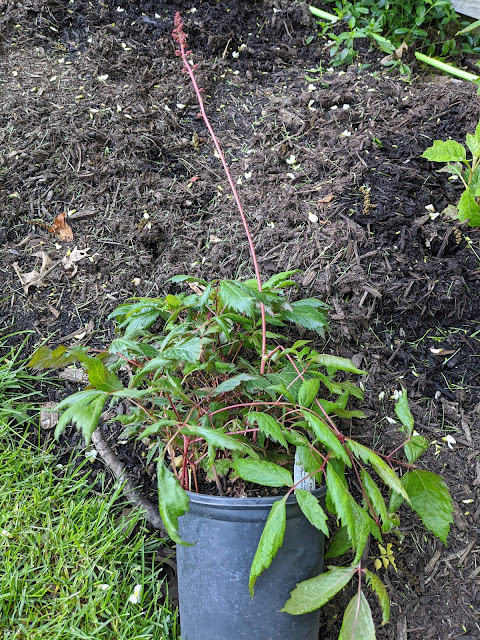 Below are the two types of tags that came with the plant from Hinsdale Nursery.  False Spirea - Astilbe arendsii 'Fanal' on the photo tag on the left.  And the one on the right calls the flower a "red plume". 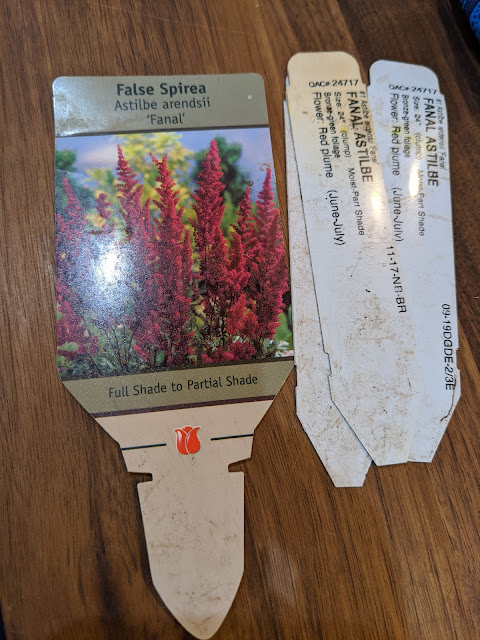 I had to cut the front of the beds out to plant these things, so I likely planted them too close to the border.  As they grow and mature, I might have to revisit the border/location of the edge to ensure that these don't creep too close to the lawn.
2020 to-do list astilbe backyard backyard planting fanal astilbe garden diary perennials
Location: Downers Grove, IL, USA