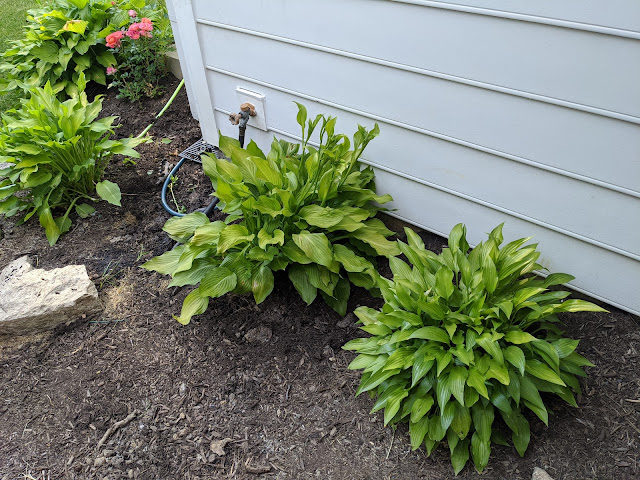 On Friday, I posted some photos of how I removed and divided a very large Hosta from around our rear hose bib.  In that post, I mentioned that I wanted to dig up another of the hostas and move it East a couple of feet to make the spread of these a little bit more even.  And, that's what I did in the photo above.  There were four Hostas in this row.  I removed #3 (from the left) and relocated it.  I then dug up #2 (from the left) and moved it over to the right so the three remaining hostas are a little bit more evenly spread.   I'll water this in pretty hard to get it set up to succeed this Summer.  But, hoping that by next year, it will have totally recovered and we'll have a nice set of three spaced out here.
garden diary Hostas mulch beds shade gardening teardown hostas transplanting
Location: Downers Grove, IL, USA