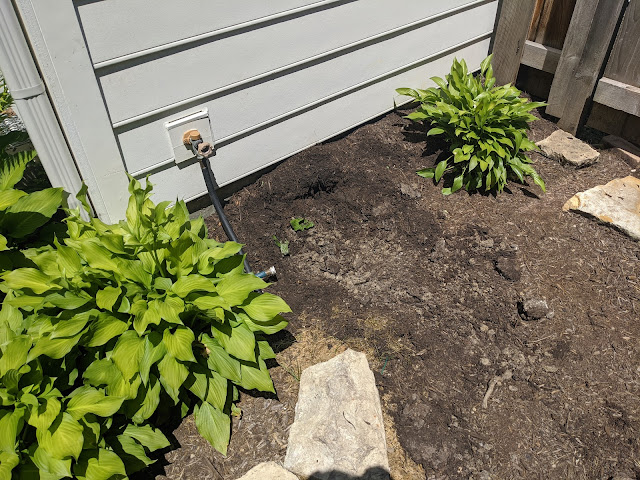 A few days ago, I posted some photos of the teardown Hostas that I had planted around our hose bib outside our kitchen window and talked about how it was time to remove and relocate one of them to make room for the rest that had grown up and out.  I decided to yank the 'middle' of the three along the house out to start and divide it.  In the photo at the top here, you can see the gap that now exists with the largest of the hostas pulled out.  I plan on taking the Hosta on the left of the photo and moving it out - to space these out a little bit.

In that post, I mentioned that there were a few locations that need hostas including our front bed, by the screened porch, priority area 2 and 3.

So, where did I put them?  None of those spots.

I ended up dividing that one Hosta into four smaller ones - and put a series of three of them just to the East of the 2nd largest Oak tree on the South Side of our lot.  You can see those below.  I wanted to put the third one around the front side/other side of the tree, but the roots were too thick and I didn't want to stress the tree, so the third ended up here where you see it. 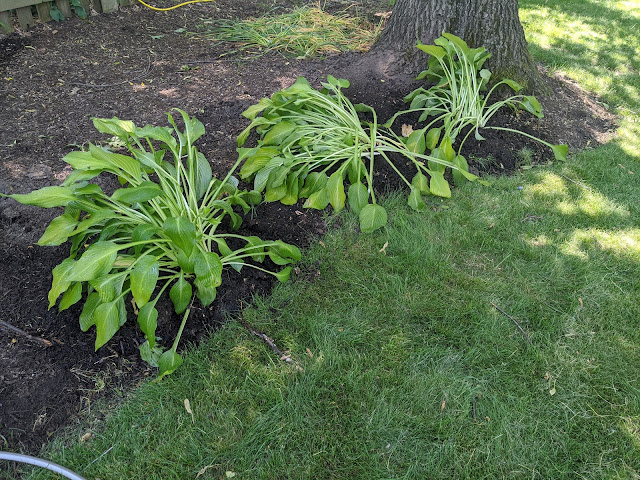 The fourth went by the screened porch - in the spot to the North of one of the tall grasses and just before the corner/turn. 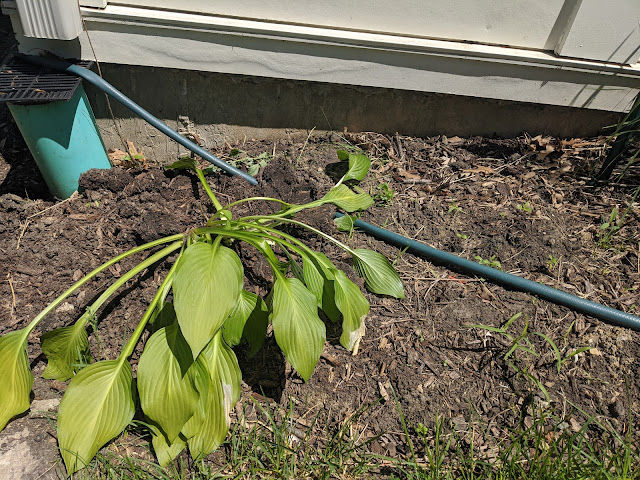 My experience tells me that dividing Hostas stress them out pretty hard for the first season, but they seem to bounceback well the following growing season.

Next up for me is to move a hosta over to the spot where I removed this one.  Then, I'm going to remove all the variegated hosts from under the Hornbeams to around the tree swing and replace those with blue(r) ones.  I also still need to add the ones to the front and other places in the back.

Another place that I can see some of these transplanted hostas include under the Espalier'd Lindens - despite the plan not calling for anything there.  Knowing what I said above,  (transplant year is tough), the sooner I move them around, the sooner they'll establish themselves.  So, maybe this is the year to make the move and get them planted.
backyard garden diary Hostas oak trees shade gardening shade gardens teardown hostas transplanting
Location: Downers Grove, IL, USA