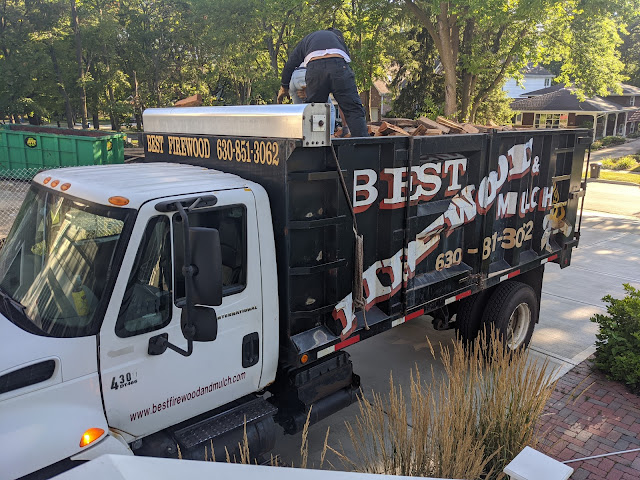 Last week, I posted a couple of photos of a new firewood rack that I built from scrap wood in an attempt to get ahead of any sort of firewood shortage that some are predicting this year.  I needed that new rack because, I was planning on ordering 33% more than I normally order each late Summer/early Fall.   I've now used the same basic design on two racks that I've posted about and one more that I haven't posted just yet.

And, that 33% extra?  I ended up buying three face cords.

I've also had them stack the firewood each year, but like I decided with our mulch this year, due to the whole COVID-thing, we're hanging around the house and I, ummm, have the time.  So, I decided to stack the wood myself.

They dropped the wood on the driveway - that you can see below: 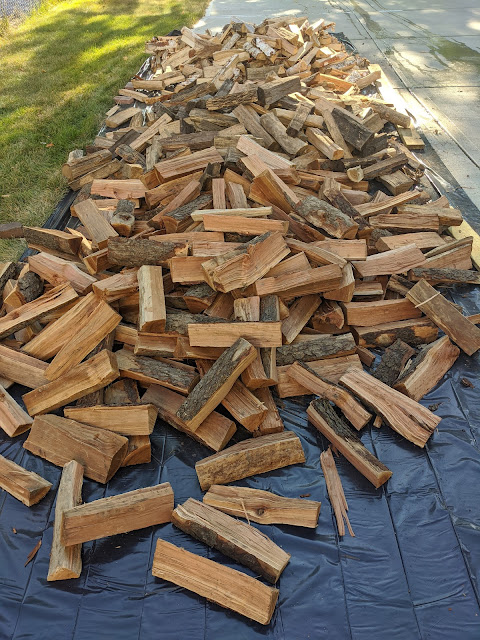 That's Cherry closest to the bottom.  Oak in the middle.  And Birch at the top of the photo.

I'll get this stuff up on the racks - both in the porch and outside - and share the photos of our new storage setup.
Best Firewood birch firewood cherry firewood firewood firewood consumption firewood planning Oak firewood
Location: Downers Grove, IL, USA