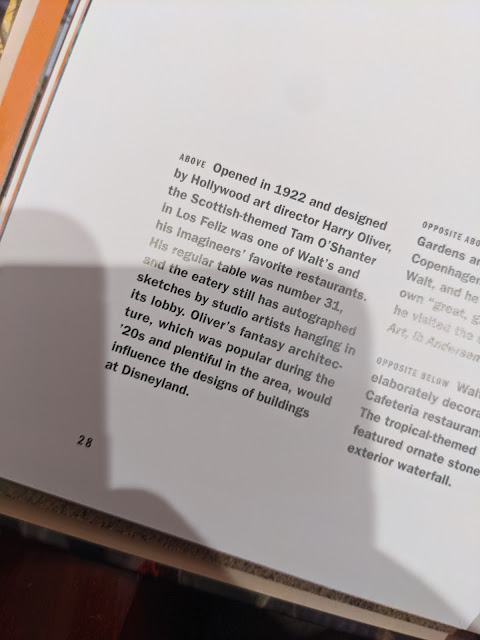 I was thumbing through a book that Nat bought for her Dad for Christmas about the early years of Disneyland and came across this caption for one of the photos.  Talks about how Walt Disney and his early Imagineers (which, I'm not so sure were actually called that at the time) had a favorite restaurant:  the Tam O'Shanter.

The caption reads:  "Opened in 1922 and designed by Hollywood art director Harry Oliver, the Scottish-themed Tam O'Shanter in Los Feliz was one of Walt's and his Imagineers' favorite restaurants.  His regular table was number 31, and the eatery still has autographed sketches by studio artists hanging in its lobby.  Oliver's fantasy architecture, which was popular during the 1920's and plentiful in the area, would influence the designs of buildings in Disneyland."

The DisneyFoodBlog has a proper review up about the place and includes some photos of Disney art, including a piece that was drawn by the man, himself.  Neat.