Posted by Jake Parrillo on February 24, 2021
A week ago, I shared a photo of a dwarf umbrella potted plant that I straightened out by repotting it in a slightly larger pot and giving it a haircut to try to push some lower growth.  The plant was growing at an odd angle - leaning towards the light after being neglected for months and by repotting it, I was able to stand it up straight.  But, it was still top-heavy.  Hence, the haircut. Based on my experience with our OTHER umbrella plant, I've found that if I cut off the leaders, two things happen:  first, it usually flushes out some lower growth and second, the part that I cut has some die-back...about a half-an-inch.
So, when I lop'd off the leader, I left a little bit to account for the die-back.
And today? There's some good news.  First, near the top.  Here's a look at the tiny new growth that has appeared next to the top cut.  The stress of the pruning has flushed this new growth. 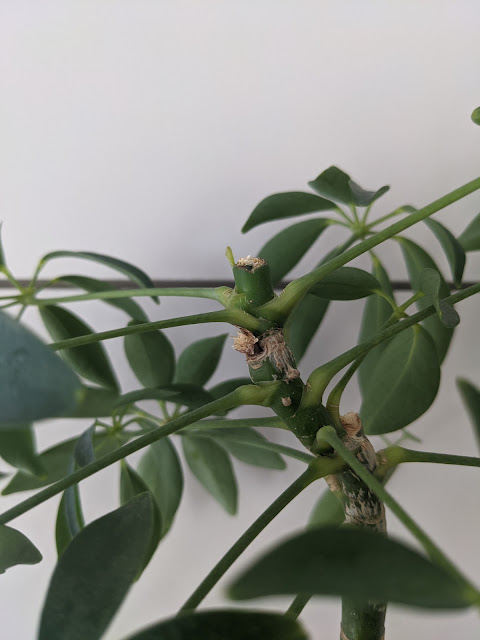 But, there's more.  Down the trunk - which is where I was aiming to flush growth.  Take a look at the photo below and you'll see some brand new, tiny growth sticking out of one of the 'scales' on the trunk. 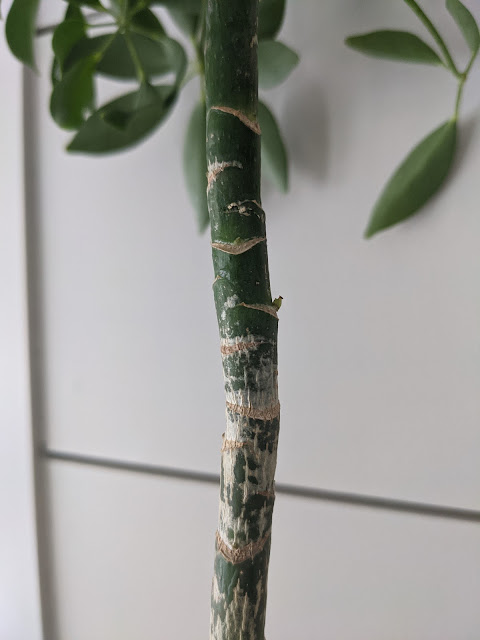 And, there's ANOTHER one of these tiny buds further down.  In the photo below, you can see BOTH of these new little buds on the right side of the trunk that have pushed out in the past week after the transplant and haircut. 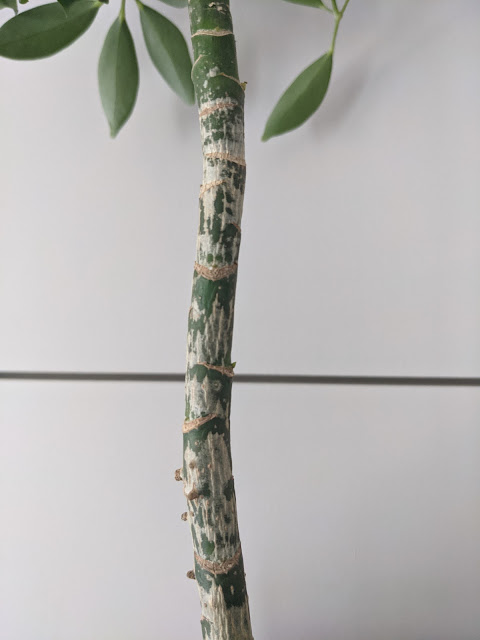 With a little bit of attention, I'm hoping to take this plant into less of a 'ball on a stick' form into more bush-y and, ultimately, a little bit more tree-like.
I suppose this makes me wonder...is *this* bonsai?  I guess it is, right?  Here's what Google says bonsai is: 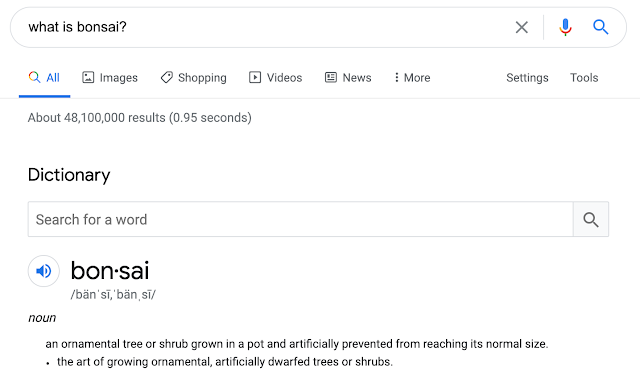