Yesterday, I shared the planting of eight bareroot Bressingham Blue Hostas in a new bed in the backyard.  I had previously planted two others by the screened porch.  That's 10 of 18.  Going down my list, the next spot for the balance of these looks like back by the Yew Hedge.  From my planning post:

3.  Screened porch corner.  Calls for 2.  This one is done already.

That area calls for six Hadspens, too.  Here is showing these six (in blue) in relation to the previous eight (in green) per the plan:

And, here's where they're going in - spreading to the north of the northern-most Hicks Yew. 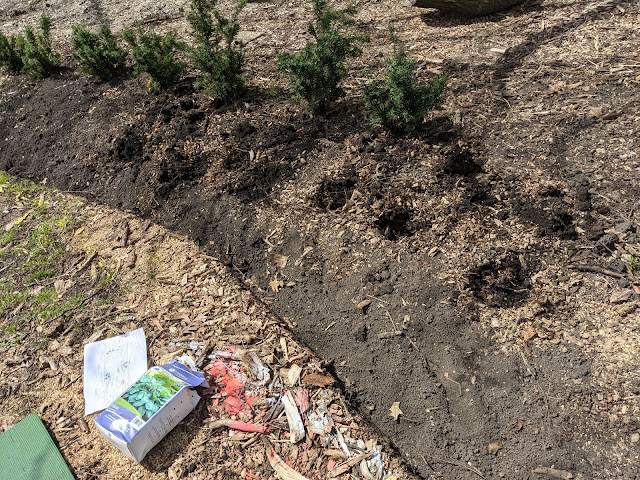 These are deep shade but likely have the BEST soil on the property.  I used wood chips last season to mulch in the yews and create the fire pit area, but this year they'll get a proper hardwood fine mulching.  Same thing, though:  Think I can beat 50% success rate on these six?