Six weeks ago, Nat came home from Costco with some bareroot plants including 18 Bressingham Blue Hostas that I intended to put into the yard as soon as I could this Spring.  Bareroot season comes at you fast and I wanted to get them in right away.  But, the order of operations got in the way.  And, I had to wait to plant these until after the final edges of the beds were set.

I've planted these very same Bressingham Blue Hostas in 2018.  I actually don't know where those ten went nor how many of them have made it.  I'm assuming that some of them are along the north side of the house, but I'll take a closer look this Summer when they all come up.

As for these 18, I planted two of them already outside the screened porch.  Leaving 16.  In the post where I talked about buying these, I mentioned a bunch of spots where these COULD go.  I ended up convincing myself that the three places to start with these were:

3.  Screened porch corner.  Calls for 2.  This one is done already.

I went ahead and planted eight of them in the spot that the plan calls for Hadspens here in green:

Here, below, is that new bed before I dug the holes.  No mulch yet, but I wanted to get these in the day after this bed was created.  You can notice the Contorted Filbert Walking Stick Tree in the top left and some teardown hostas and the Dawn Redwood Trunk on the top right. 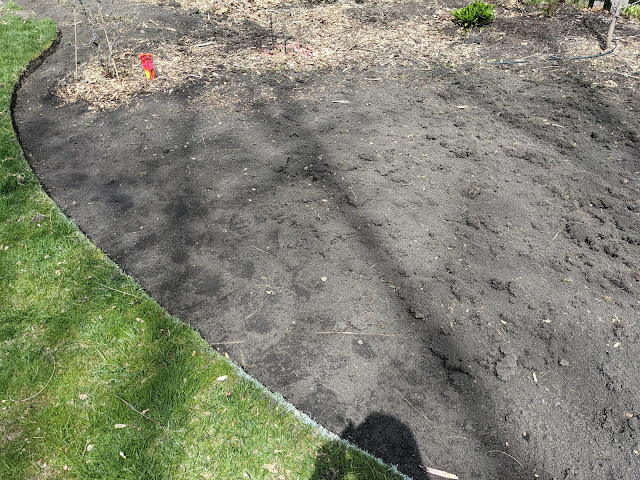 And, it doesn't look like much in the photo below, but that shows all eight of the planted in a row of seven + 1 behind per the drawing. 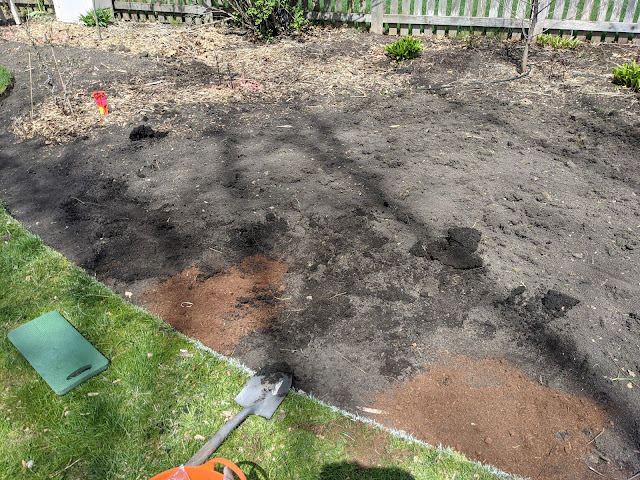 What's the success rate going to be for these?  I'm hoping for 50+ percent, right?

(Despite this post being dated April 25th, I planted these bare root hostas from Costco back on April 16th.)