I've been thinking about topiary for a number of years.  I've talked about backyard topiaries - including (recently) the idea of a Block I one and as far back as 2017, I bought a topiary wire (angel) at an Estate Sale and never did anything with it.   It is something that I've included on my to-do lists over the years (2019 and 2020), but never was able to tackle the project.  I've also set it as #24 on this year's list (topiary), but I've taken a little veer off course.

Instead of moving on an outdoor topiary, I've somehow started with a tropical topiary on a stuffed frame.

This, too, has been like five years in the making.

Over those five-or-so-years, we've been down to the Epcot Flower and Garden Festival a number of times and EACH TIME we're there, I always pause and pick up a Mickey Mouse-shaped topiary and THINK about buying it.  But, each time, I've put it down.  Either logistics, or impulse control or something.

But this year....Nat bought it for me.  So, the decision was out of my hands.

And, we ended up with the wire frame of the Standing Mickey Mouse.  No moss, no plants.  Due to TSA and flying home with it and all.

So, I went about trying to figure out what to do with this wire frame that you see below: 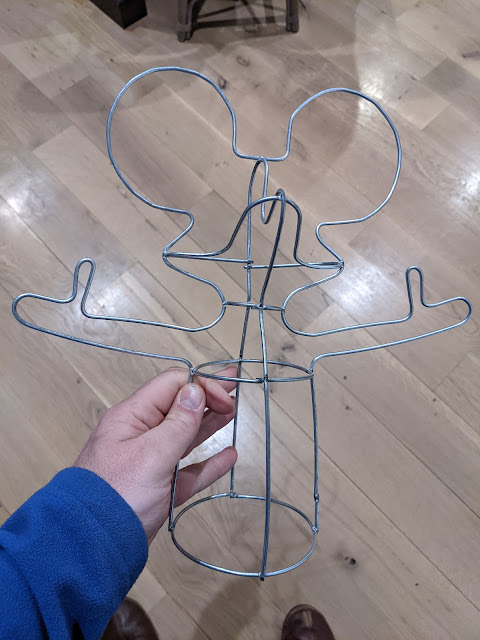 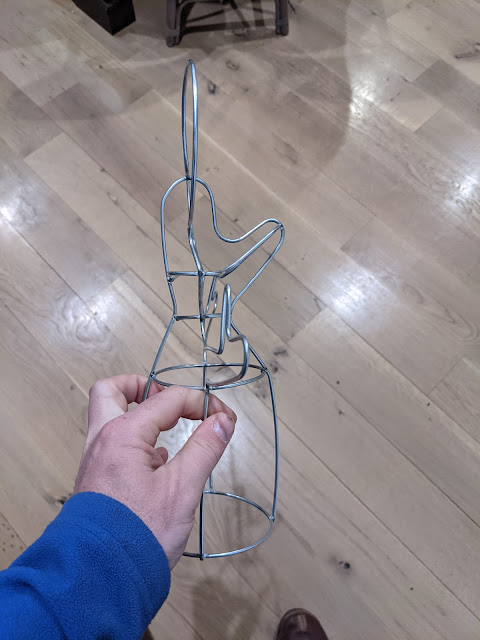 The frame had a tag on it saying that I could find out more about the topiary from the folks who made it:  Noah's Ark Topiary.  I poked around there on the site and found the same Mickey Frame here.  And, they also list - on the site - a bunch of the supplies you would need to take this frame and make it a real topiary.  They list the moss, the wire, the plants and even the little pins.  But, I wasn't sure how much moss to buy.
So, I reached out to them via their 'contact us' form, explained that we bought just the frame at Epcot and asked what they recommend in terms of moss and plants.  A short while later, they replied and said that they'd send enough to do the Mickey AND that they had a little video up that shows the hands-on process of stuffing, wiring and planting their topiaries.
Here's their video:
After watching that video, I went ahead and ordered (from Noah's Ark) moss, fishing wire, the plant (Creeping Fig Vine) and the topiary pins.  Here's the plant plug of Creeping Fig Vine that arrived.  It had two distinct growths on it and was in great shape: 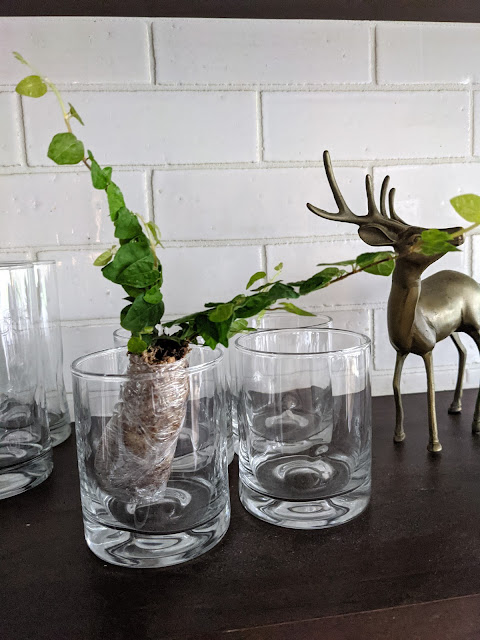 Here (below) is the enormous box of Sphagnum Moss that they sent. 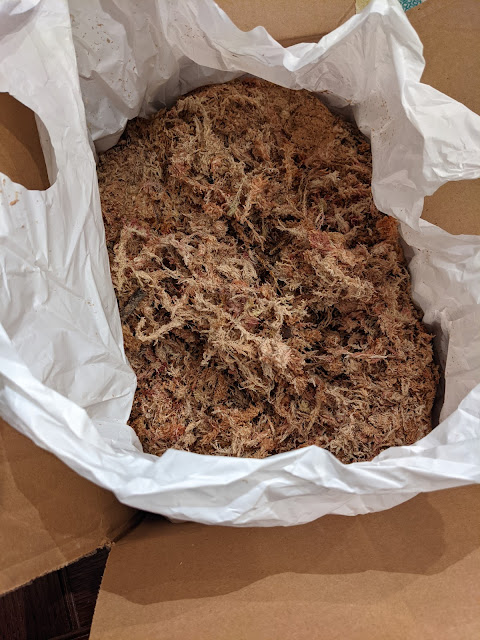 And a little zip-top bag of these pins: 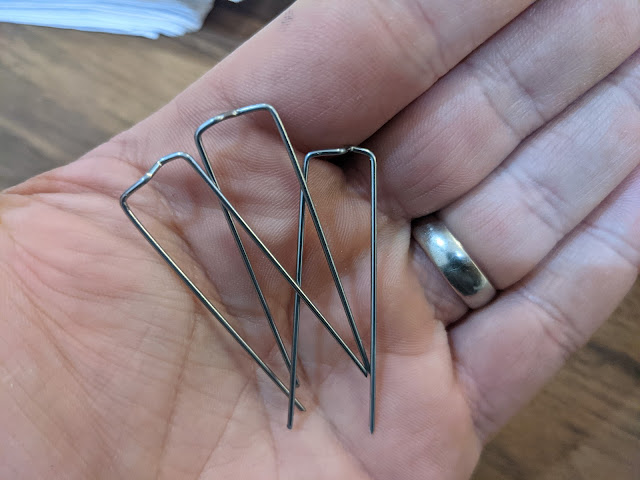 And, I just got started.  I soaked the moss for a few hours.  Then, got started stuffing.  It kept falling out, so I figured I needed to stuff a bit, then wrap with line.  Then stuff more, etc.  Here's how it looked at the very beginning: 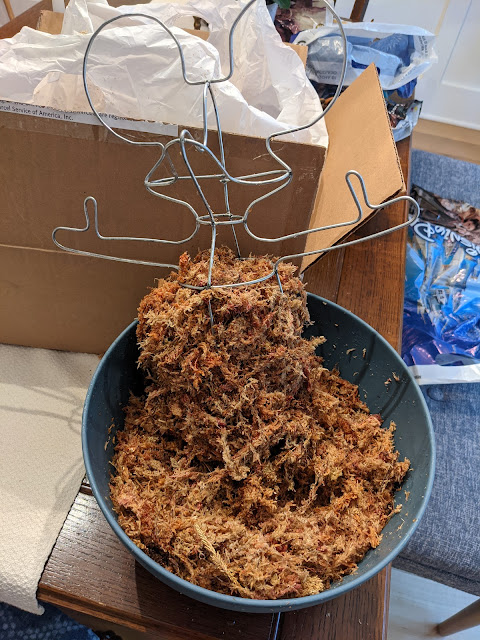 And, after about 45 minutes, I was able to get Mickey looking a little bit like Mickey.  And stuck the plug right where his heart goes.  Here's how he looks right after my initial planting: 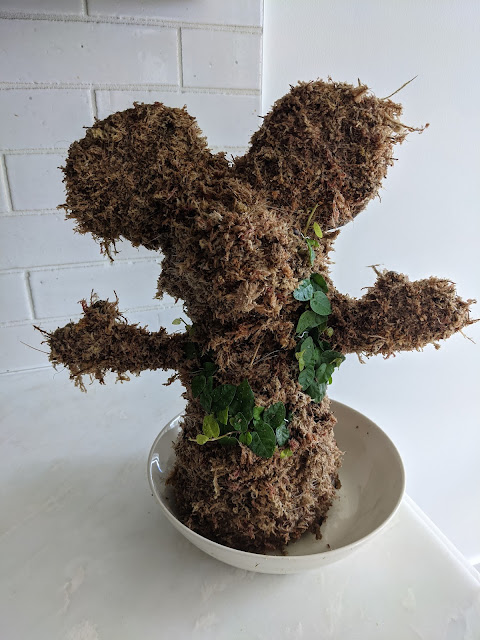 I'll keep an eye on him and hopefully we'll see that Creeping Fig Vine grow all over his body this Summer.  I think that - at some point - he might even go outside to take in the Sun directly.
2021 to-do list disney epcot flower and garden festival garden diary indoor gardening Mickey Mouse topiary wdw
Location: Downers Grove, IL, USA