Posted by Jake Parrillo on May 11, 2021
Yesterday, I posted some photos of our new Japanese Maple tree and included in those photos was a brief look at three of these Dolce Apple Twist Heucheras that I bought at the same time.  Again...not planned - which may have been a mistake - but also, I bought three (not one!).  Here's a look at the 1# nursery pots that they came in: 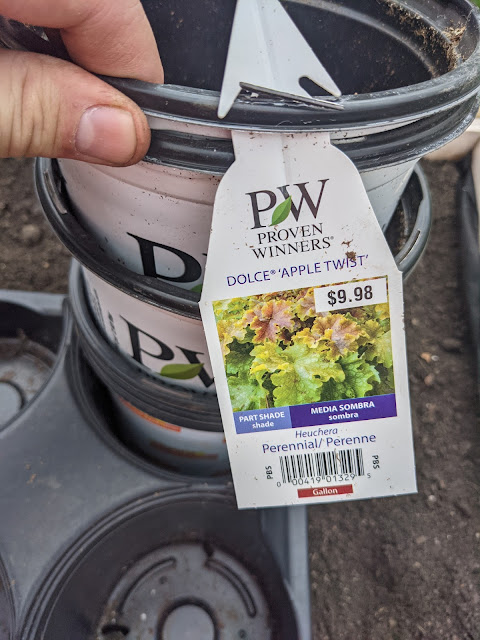 And here's a look at the back of the plant tag showing the height (10") and spacing (20") and a description of the colors (changes with the seasons).  It was their color (chartreuse) that drew me to them thinking that they'll be a nice contrast against some other items in this section. 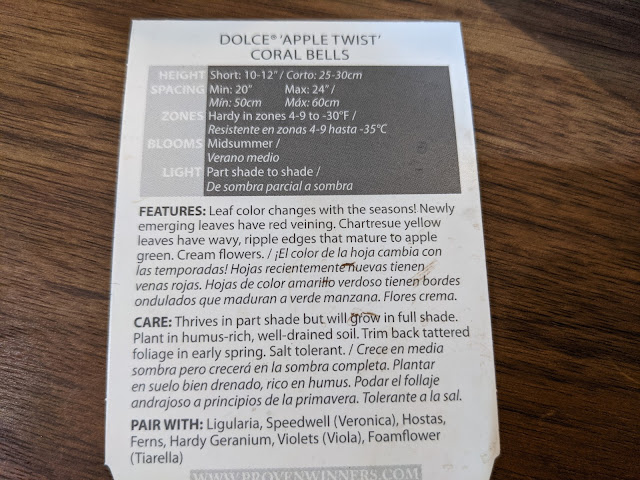 I planted these three in a row on the new border - just outside of the Japanese Tamukeyama Maple and surrounded by some transplanted hostas.  These (below) are the first four of the (ultimate) 15 hostas that I transplanted and posted about last week.  Also, on the left are a few ferns - some of the items listed as companion plants on the tag.  More on these later. 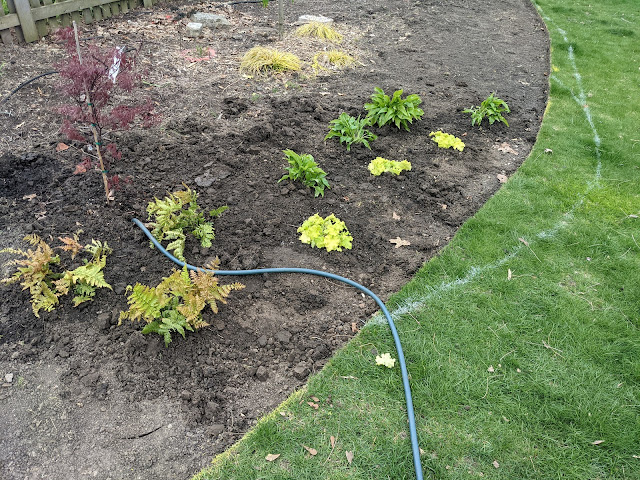 I have a few other Coral Bells in the yard - including some up front and one on the side (that needs to be divided this year - part of #6 on this year's list).  They're evergreen - which is pretty fascinating to me.
backyard planting companion planting Coral Bells garden diary Heucheras Japanese Gardening
Location: Downers Grove, IL, USA